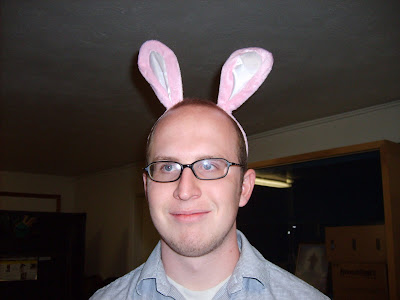 Happy Birthday Chris! (Even though we all know you're real name is Thomas, so it really should have been titled "Starts with T," but oh well. Happy day of birth to you all the same. :)

So... does anybody want to come over and make some fresh chocolate chip cookies for me right now? It sounds pretty good, but I deffinitely don't feel like making them myself. Ugh. And Bryan won't be home for two whole hours! What on earth am I supposed to do? Sighhhhhhh...
Posted by Katie Lewis at 5:06 PM 5 comments

Dear Chris and Anna and Nathan and Alison and David and Lisa,

I miss reading your frequent posts. I wish you would take up blogging again.

All my love,
Katie
Posted by Katie Lewis at 9:56 PM 2 comments

The Contest is Over

Well, the contest is over and I must say I'm pretty dissapointed at the turnout of participants. However, winners are as follows:


Alex & Nick and Mom were the only ones who actually followed the directions, but since Alex & Nick posted more photos by far, they win the grand prize: a copy of "A Guide for Grown ups" which features quotes and art work from various books written by the same author as "The Little Prince." Only a true Little Prince lover would appriciate it. 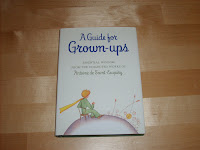 Mom did follow all the directions, but gets knocked down in prize ranking only because Alex posted more. For first prize mom wins a brownie mix. Now you can make brownies... again!


Polly kind of entered the contest, but since she posted her entry on the MyFamily website instead of a blog like the directions clearly indicated, her honorary participant prize is: another framed photo of me! Apparently she loves them so much. 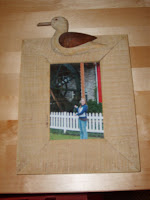 Anna deffinitely did enter the contest like she was supposed to, but since her video is black (no real proof of the really cool blanket I made) and she never made any other attempt to post another picture or video, she falls under the honorary participant category. Anna's prize: a glow-in-the-dark dinosaur. Maybe this will help with future videos taken in dark rooms. 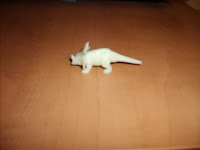 Lisa really is cool since she did already post a picture of herself with the bag I crocheted for her for Christmas, but since she didn't follow the directions and make a post about it after the contest post, she qualifies as an honorary participant. Lisa's prize: game night with me and Bryan this week (tonight maybe?) playing Ticket to Ride (the way more fun Germany version) that Bryan and I rented from Boardgame Revolution. Actually, I guess that doesn't seem like a real, tangible prize. So, Lisa, you are still invited to play games (as always), but your real prize will be: your very own lime green swim cap! (You know, to help you train for your next triathalon.) 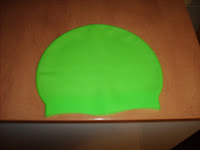 Well, that's it folks. Thanks for participating. And Happy Martin Luther King Jr. Day!
Posted by Katie Lewis at 11:43 AM 7 comments

I guess I should have been a little more clear

There will be many winners, depending on how good your stuff is that you post. You didn't have to be the first one to leave a comment on my post, you just have to make your entry within a week. So mom and Anna- quit fighting. Good luck, again. (Still make "proof comments" on the Contest post.)
Posted by Katie Lewis at 5:49 PM 1 comments

Ever since I won nothing in the contest on Chris' blog I've been trying to think of a prize contest of my own to have and I finally decided on one. It might be pretty much all about me.

Here's how the contest will go: Be the first to post proof (i.e. a picture of you with the following item/ doing the following activity) of one of the following things on your own blog (and then leave a comment on this post so I know to go look) and you will win a great prize.

You have one week to enter the contest. Feel free to enter for as many of the categories as you want. Best of luck to you all.
Posted by Katie Lewis at 8:22 PM 9 comments

Things that make me 63

-Driving in the snow when it is up to my knees.
-When people make me out to be uptight just because I'm on top of things or ahead of the game.
-People who wait until the last minute and things still work out for them.
-Being told two different things about the same thing by people who should be telling me the same thing.
-Idiots.
-Car problems.
-People who have no sense of punctuation.

Okay, okay I'll stop. But today was lame. And full of more snow than I think I've experienced in my entire life combined. And too many turns on State Street when I was trying to find a building that I never did find. And stupid people telling me the wrong thing. And a flat tire that I drove home on because I was so 63 by the time the guy in the turn lane got out of his car during a red light and told me it was flat that I was too emotionally unstable to ask someone at a gas station for help to fill up the tire. Uggkadsklfjkddlakjdijkdklsjd'pqkld/;x. Anyway, at least the apartment is clean now and all the Christmas decorations are put away. Sigh...
Posted by Katie Lewis at 9:30 PM 6 comments

Anyway, it sure has snowed a lot today. Luckily it didn't snow yesterday or this morning, so driving to work wasn't bad, but when I came back upstairs from putting the kids down for nap it was most certainly a winter wonderland. Luckily I didn't have any slip-and-slide moments on my way home from work in the snow. (I've slid kind of bad twice since it started to snow last month, but so far I haven't gotten in an accident or anything.) It's about 5:15 now which means it's been snowing for about four hours straight now. And not any of that dinky tiny snow that you can hardly see. It has been big flakes that seem to stick everywhere and have the ability to cover the car before I can finish cleaning off the other side. It's a wonder I ever got in the car to drive home from work after walking around in circles to clean the car over and over again! Just kidding. I just gave up and got in the car anyway. So now I'm just sitting here in our living room looking out the window at the endless snow, secretly looking forward to summer instead of enjoying the snow like I ought to.
Posted by Katie Lewis at 7:11 PM 1 comments

Happy New Year!
Posted by Katie Lewis at 9:37 AM 4 comments