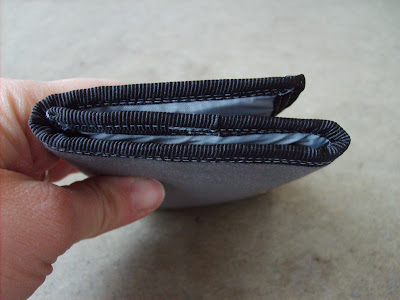 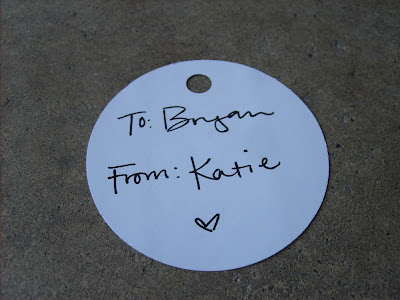 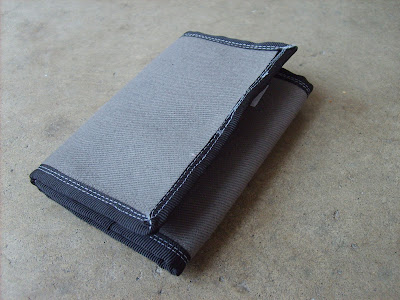 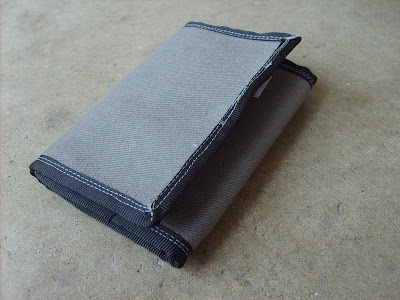 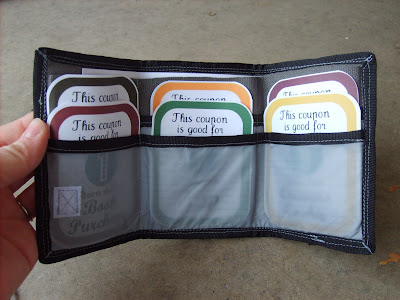 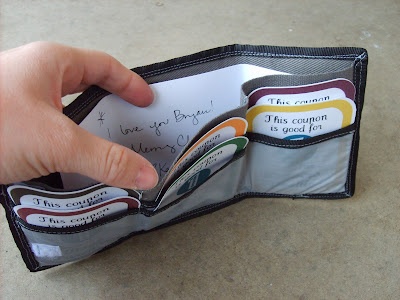 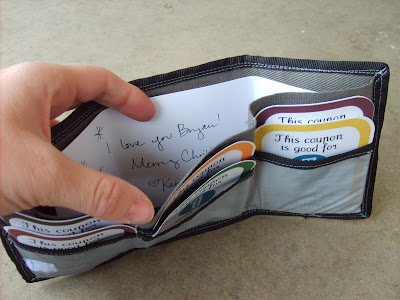 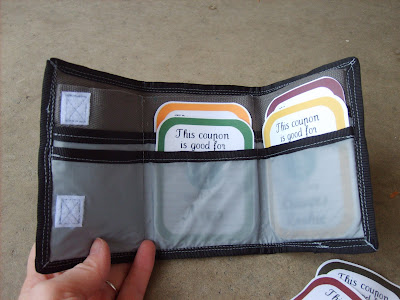 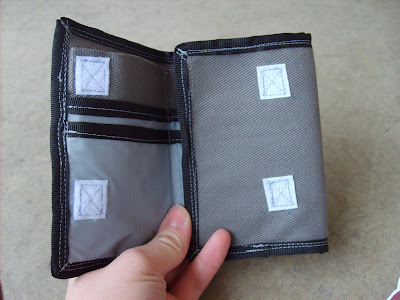 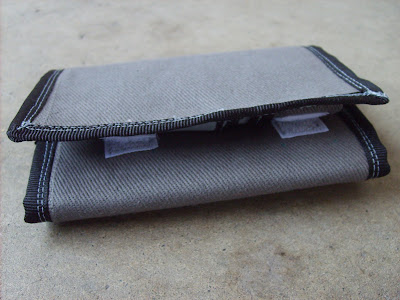 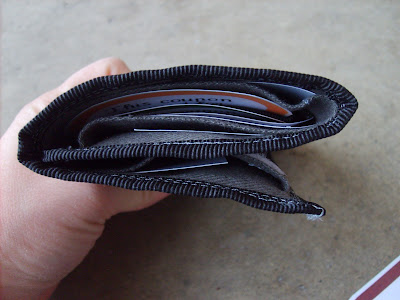 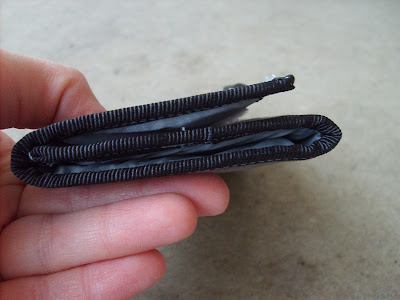 Bryan's current wallet is a cloth wallet that's old and ratty, but I haven't bothered to get him a new one for so long because he loves it.  It's just one of those things.  He got it when we were freshman in college... back in 2004.  And it wasn't even brand new then.  He got it from my (now) brother-in-law...after my brother-in-law had bought a new one and thrown this one in the trash.  I'll admit the wallet wasn't so bad at the time, but after 6 years of back pocket love, I thought it was time for a new one.  I honestly don't know if he'll even like or use this one I made, but I figured it was worth a shot.

I just made this up as I went, but I referenced the following places for some great inspiration and ideas:
Let me just say this: using grossgrain ribbon as a sort of bias tape for the wallet edges is an awesome and cheap idea, but can be a little tricky.  Okay, that's all.

I am very impressed that you made that! I understand your desire to replace the old one. Spencer's wallet is old and kinda gross and gets all his cards dirty, but he wants to keep it because he loves it and it has sentimental value. Maybe if I made him a new one, he would have more of a desire to part with the old one. Hmmmm....

I once bought a new leather wallet for my husband, that stayed in his sock drawer for 5+ years. He FINALLY began using it this year, because his old one fell apart. I find it mysterious and kind of endearing the way men get attached to their wallets. This one looks like a keeper, Katie.