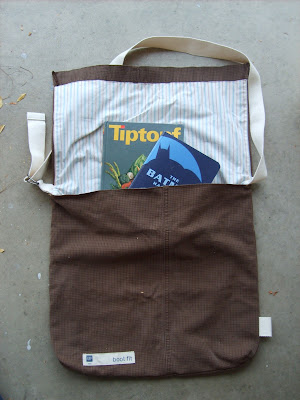 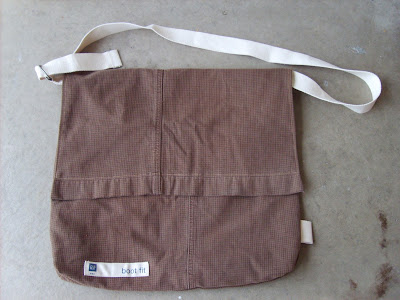 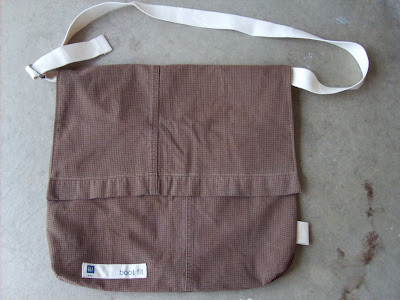 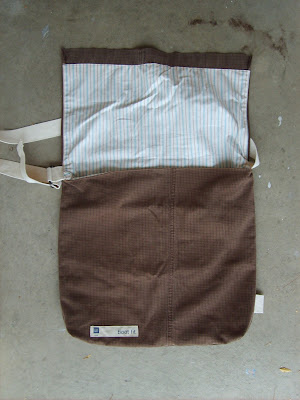 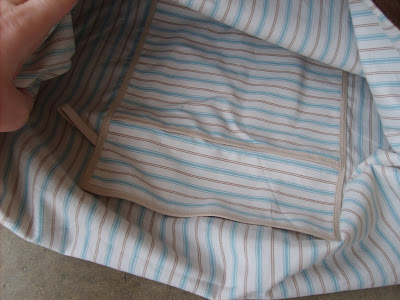 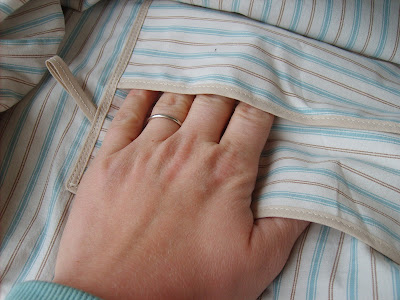 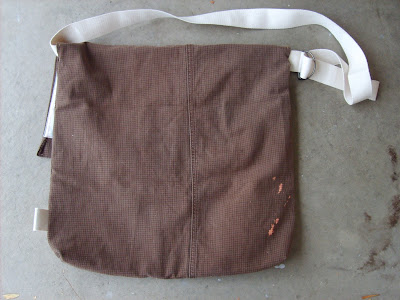 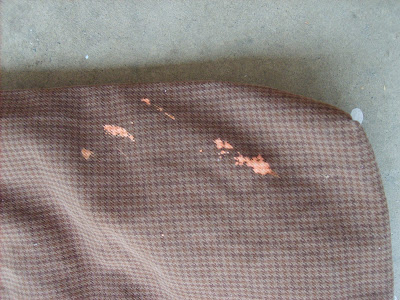 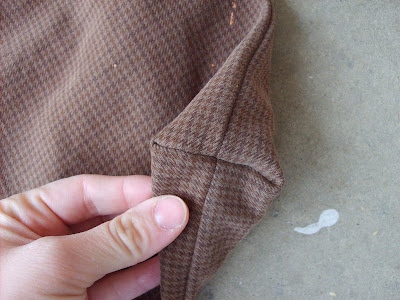 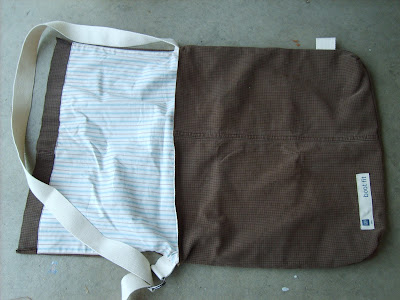 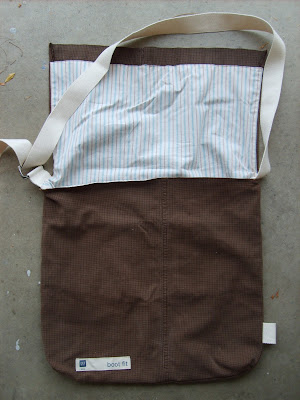 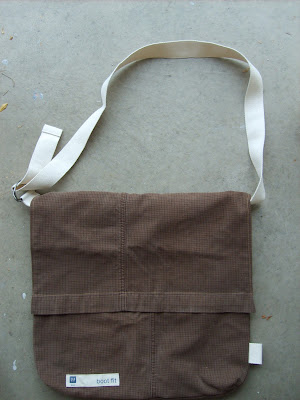 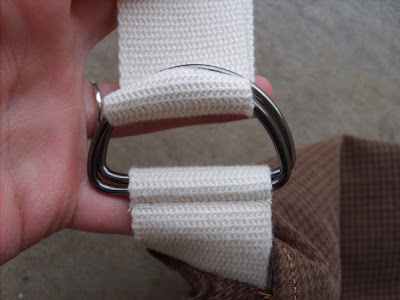 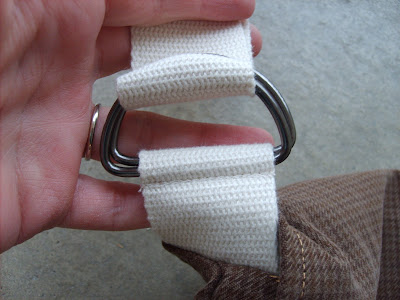 For those of you who may be keeping a tally on gifts, we gave gifts to more than one Chris this year.  And since both of their last names start with L there's not really a convenient way to differentiate between the two.  Anyway, each Chris just got one present.  And the books in these photos were just props... not actually part of the gift.  Just thought I'd throw that out there...

This particular Chris is a little crazy go nuts about riding his bike.  So I thought a messenger bag was in order, especially one made out of an old pair of pants (that actually used to belong to the other Chris--oh man--let's see how many times I can say Chris in this post--sheesh!).

Though I haven't written a tutorial for this, this is actually the second messenger bag I've made out of an old pair of pants.  The other bag I made months ago and just haven't gotten around to taking pictures of.  Maybe another day.  Anyway, both the bag I made for myself and this bag were made using similar construction methods.  Thus far I've deemed the process too messy and "Hey-look-it-actually-worked!" for full tutorialness, but that may change.  Because Bryan confessed to me after I made this bag that he wants one.  Which totally floored me.

Me: Seriously?  You want me to make you one?
Bryan: Yeah.  I think it'd be cool.
Me: Like, for school or what?
Bryan: Yeah.
Me: Why didn't you tell me before that you wanted one?
Bryan: You never asked.

Seriously?  This coming from the man who A.) Never wants ANYTHING (except maybe the occasional chocolate milk or book purchase) and B.) Doesn't want me to make him things?  So what I really meant when I said, "Why didn't you tell me before that you wanted one?" was "I could have just given you this one for Christmas and made Chris something else!"  Ah well.  I think Chris will enjoy it.  And, anyway, maybe now there'll be a tutorial (or at least some general instructions) in it for you all.  We'll see...

A couple other quick things about this bag that you should admire...
Anyway, I'm happy with how it turned out.  And if I know Chris at all, I think he'll put it to good use.  :)
Posted by Katie Lewis at 3:00 PM

I love the idea of making a bag from an old pair of pants. I bet Bryan will love his.