After having such great success making the first kimono shirt for Olivia, I thought I'd try another.  This time, instead of using old t-shirts for fabric, I used an old sheet.  (Apparently I have a thing for making new things out of old things lately.)

I basically made the shirt following this method, but differed in the following ways: 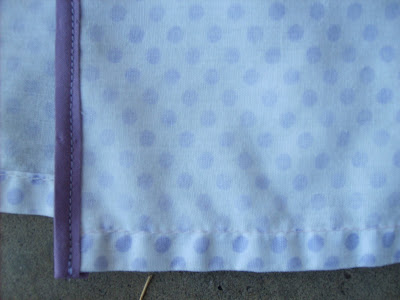 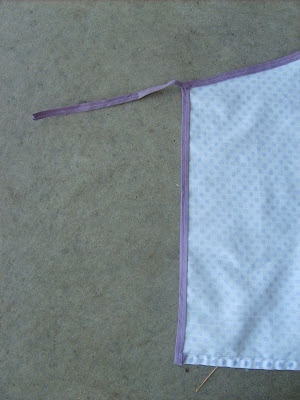 Other than the fact that it really does bear a striking resemblance to hospital attire, I'm very pleased with how it turned out.  Mainly because... 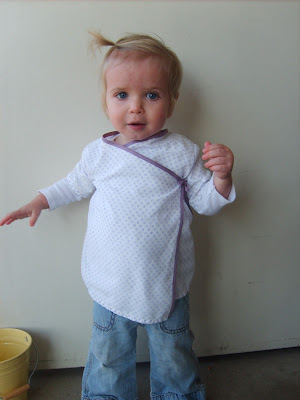 ...it fits her!
That always means success in my book.
(Because you know how much that is not always the case.)

And here's a little tribute to all of you fellow-sewers out there without sergers. 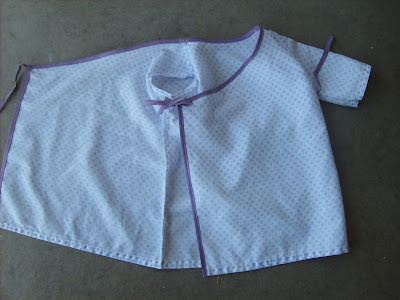 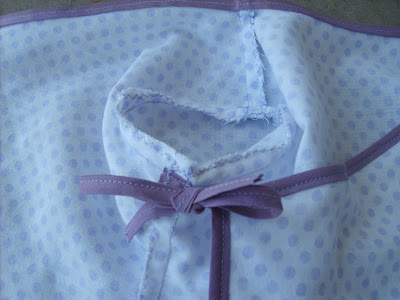 Yes, all of these seams just have a little zig zag finish.  And, yes, I feel lame about that.  But you know what?  It's okay.  Things can still be worth making even without a serger.  (I think I need to write that on something and hang it in front of my face while I sew.)

And besides, once it's on Olivia, who would ever know? 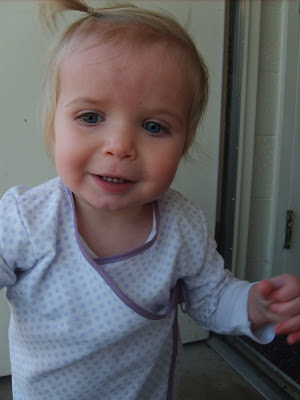 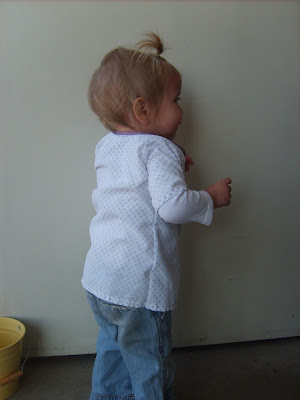 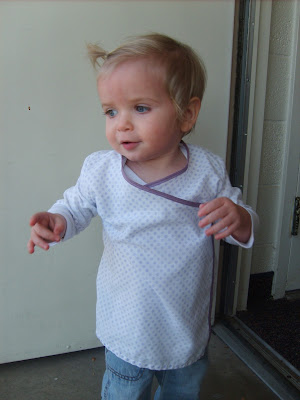 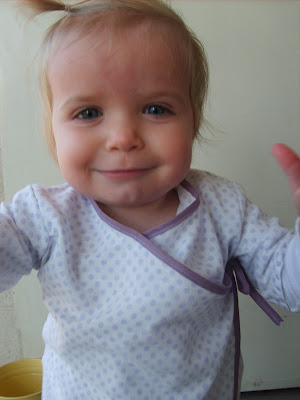 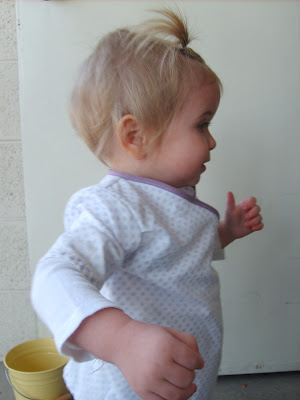 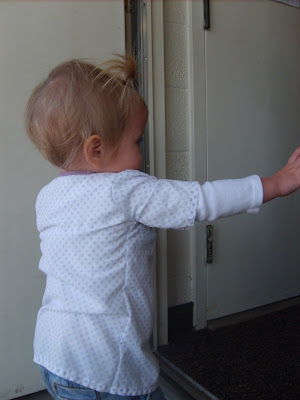 
(Well, except you of course.  But that's only because I told you.  You know what I mean.) 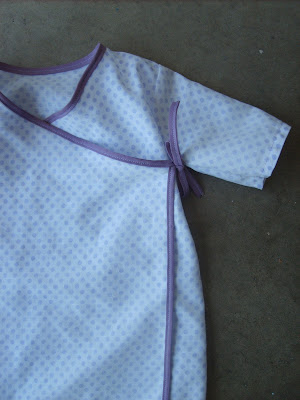 way cute! and i love how you did the ties! brilliant! I sewed a lot of clothing before I got a serger and got along fine. (although it has changed my life, no joke, lol)

yay for it fitting! and no hemming! and it's so cute!

Love love love the cheesy grin on Big O. And the darling kimono shirt. (But for the record, my favorite version is #1, with the stretchy t-shirt fabric.)