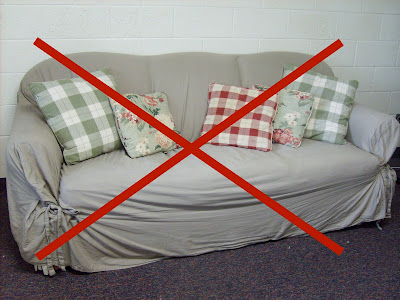 That's the phase we're in.  Our apartment is now what we like to refer to as "inconveniently empty."  Eeeesh.  On the other hand, I'm so so grateful that we've been able to sell all of these big items last minute.  Couch, bed, microwave, broom.  Okay, so maybe the broom wasn't a big item, but I'm still grateful someone wanted to buy it from us.  After all, it was not going to fit in the car.

In other good news, I've been able to not sound like too much of an idiot when it comes to setting up things like gas and electricity.  In fact, everything like that should be ready for us when we get there.  (Hold for applause.)

Gah.  Oh, how choosing internet ruins my life.  I think we've finally found a company we're going to go through, but we have absolutely no idea what we're doing.  What's more, getting advice on what to do about it has proved to be a bit of a challenge.  The people I know who know a lot about computers don't live where we're going to be living.  And signing up for internet is totally a regional thing.

But that's okay.  Having the internet's not all that important, right?

I'd really like to be able to make a good decision and be done with the whole ordeal by this evening.  Because apparently it can take a couple weeks for it to get going.

And that would drive me absolutely crazy.

Even more than being couchless.

We ended up with a super lousy internet deal...we should have asked around more once we got here before signing up with one.

We live in Cleveland right now. Feel free to message me for thoughts!