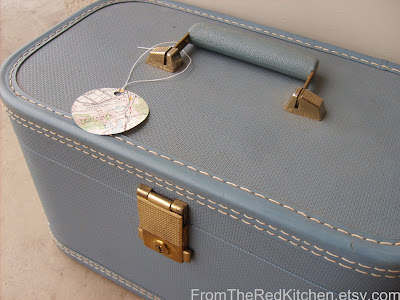 ...going on vacation.  Which is, by the way, exactly what we're doing right now.  My in-laws performed in the Hill Cummorah Pageant and, well, for a lot of reasons (it's a half day drive, Olivia's favorite uncle would be there, etc., etc) we decided to drive on over to Virginia and hang out with them for a few days.  So we left Ohio last weekend and drove out here to party with family.  And that's exactly what we've been doing.  Partying.

But then this morning something funny happened.  My sister-in-law and her husband (the favorite uncle) flew back to their home in the west.  And everybody except Bryan's mom and youngest brother had to go to work.  And I think everybody in the house except for me is sleeping right now.

So, you know, naturally I started bumming around online and looking at blogs.  And boy do I ever feel behind.  But, at least for now, I've decided not to sweat it too much.  Maybe someday I'll upgrade to a cool new site.  Maybe someday I'll really pick up the pace on the things I share.  But today, I'm going to hang out on the comfy blue couches.  And maybe cream a certain brother-in-law at Monopoly.
Posted by Katie Lewis at 11:58 AM

My son and I just took a little mini vacation to my parents this past week while my husband was away on business. The great thing about mini vacations at my parents is that my mom and sisters and I usually hide away in our craft room and just throw ideas back and forth and create away while my little Jaydon spends quality time his his uncle and my papa!

Monopoly!! It is so nice to see that someone else loves this game as much as we do! We usually pull this out when my husband's sister's family is here for the weekend... we are all pretty competitive so it gets pretty intense! Enjoy your relaxing day!

Yep, you could worry about everything, keeping up with the jones type idea. But why bother, there is always tomorrow. Enjoy the day! Have fun!

I'm in Virginia! Welcome to my stomping ground!! Hope you are enjoying your vacation and family time!!

Mark will be so tickled that he is the favorite uncle... not that it's a huge surprise. :)

Sounds like my kinda day! I think your site looks pretty cool, so maybe you should help me with mine first. :)