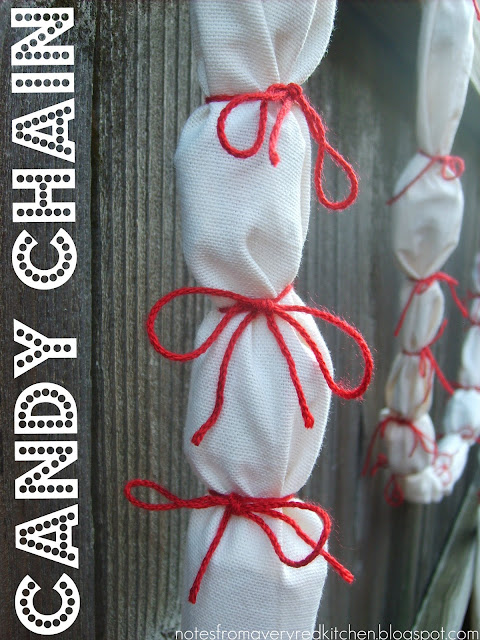 When I was on Pinterest a week or so ago I saw this great idea to use Halloween candy to count down to Christmas.  Genius.

So last night when Bryan took over the computer for school work I got busy making a fun little candy chain for Olivia. 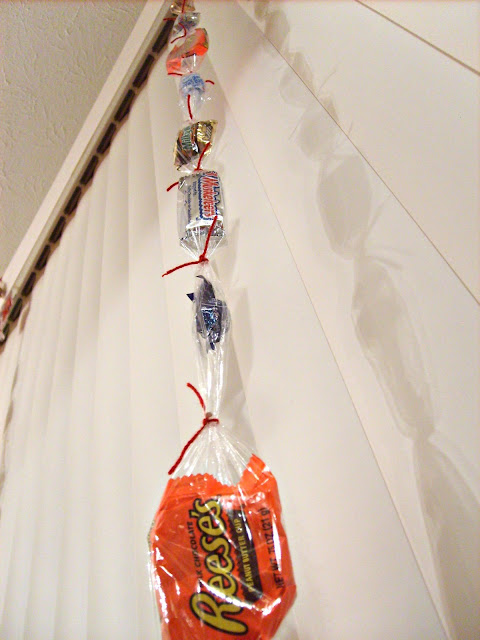 I think this method would work if you just used one continuous piece of plastic wrap, but it seemed like a total waste to me to use the entire width of the plastic wrap, so I was using pieces of plastic wrap cut in half lengthwise.

Bad Idea.  That's all I have to say.
When I finished the Bad Idea I proudly brought it downstairs to show Bryan.
I debated whether it was cool or tacky and lamented over all of the problems I had with the plastic wrap.
Then I went back upstairs to take pictures of the Bad Idea.
And it promptly fell apart in multiple places.

All the time I had been dealing with the problems of plastic wrap (it really was such a pain) I determined that next year I would just use fabric.

So when the Bad Idea manifested itself as such, I took it all apart and went with the Better Idea.
Like a fool, I sewed a super long tube of fabric together... but accidentally made it half as wide as I meant to.
It was a sad night in the way of candy chain attempts.  Up to this point. 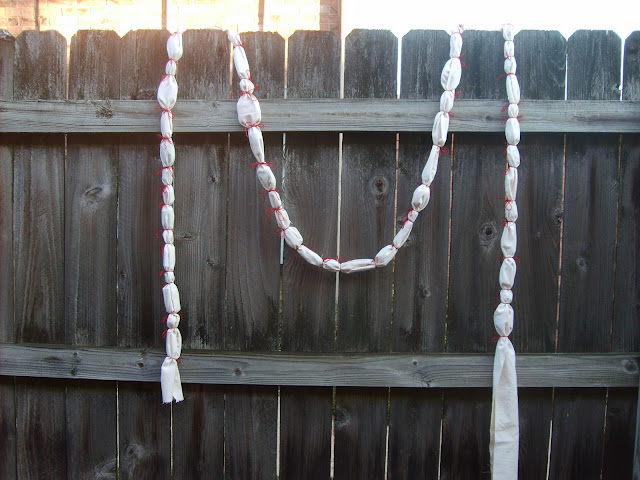 Finally, on my third attempt, I succeeded at making a candy chain that wasn't a total headache to construct or use (or look at) for the next month and a half. 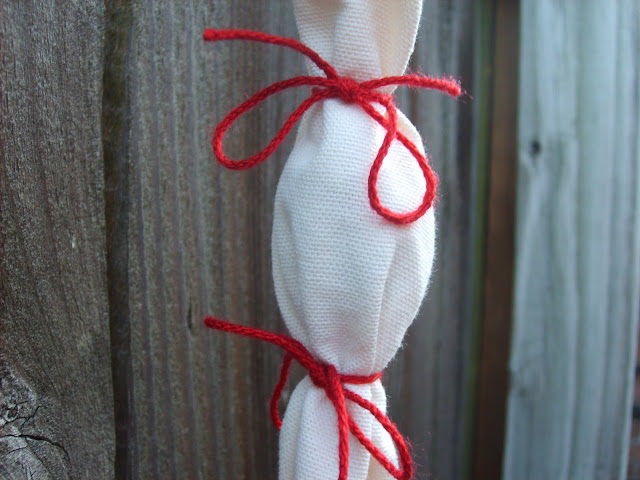 Then, when you're ready to use it, just untie a candy from one end to enjoy a little treat each day until Christmas Eve. 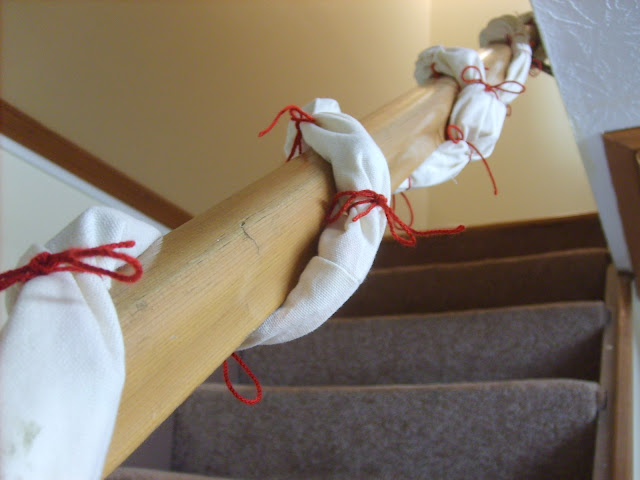 I tied ours around our basement stairwell.
It adds a nice, festive touch without being over-the-top Christmas during the month of November.
And I definitely prefer this simple fabric version to it's plastic wrap predecessor.

So now we have a a good way to to pace Olivia on the Halloween candy, a fun, simple decoration,  and a fun countdown to Christmas!

What do you do to pace your kids on the Halloween candy?

OOH I really liker this idea!

I agree with Polly. Super classy. Matches your super classy chandelier.
I ate WAY too much candy yesterday. May just end up being one piece for dessert for the next little bit. Or a treat with lunch.

I just eat it myself! So I probably need this chain for me and not for Josiah. :o)

Fun idea.
This year I am trying something. I am trying to get a 2 year old potty trained. So every time she goes, she gets to choose a treat and her big sister gets to choose one as well. If she has an accident, big sister gets to get a treat, no treat for the 2 year old. Hope this works. But at least I won't eat it all, I really want her potty trained.

I don't know what to do about all this candy. I didn't expect certain people who shall not be named to be so whiny about it. I think I am going to start throwing a little away each night (sorry starving children in Africa).

Yeah Anna. Chris can be SUPER whiny about his candy...