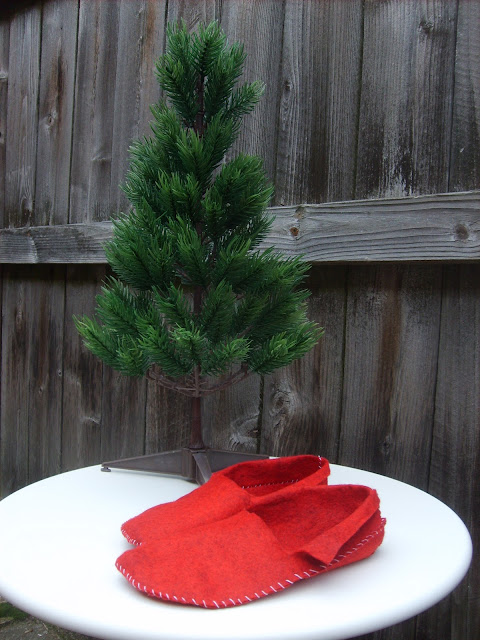 For my birthday this year Bryan bought me a year's subscription to the Martha Stewart Living magazine.  It was a thoughtful gift and I've been enjoying each issue.  Well, the December issue arrived in our  mailbox a couple of days ago.  Yippie!

Last night I was perusing the pages and I came across these felt slippers with a pattern and instructions.  Really, I had nothing better to do since Bryan was busy studying (and using the computer), so I gave it a whirl. 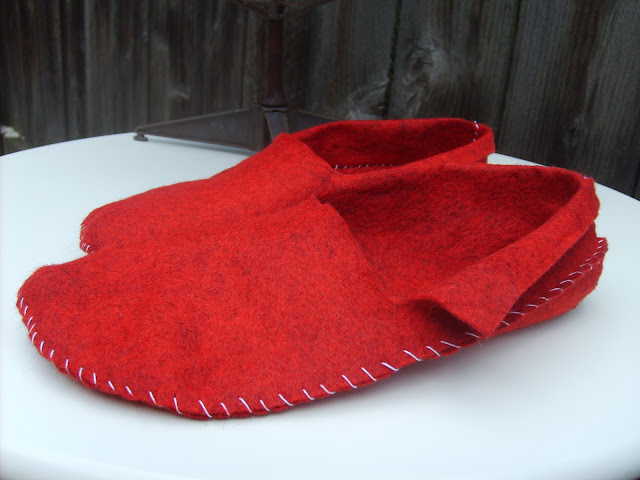 First, I tried the pattern as-is to make a little pair of slippers for Olivia.  Umm... they didn't turn out very great.  Mainly because I did a blanket stitch instead of the kind of stitching you can see on this pair of slippers.  (What is that stitch called?  I can't remember.)  Basically, you just sew around and around and around.  It's really easy. 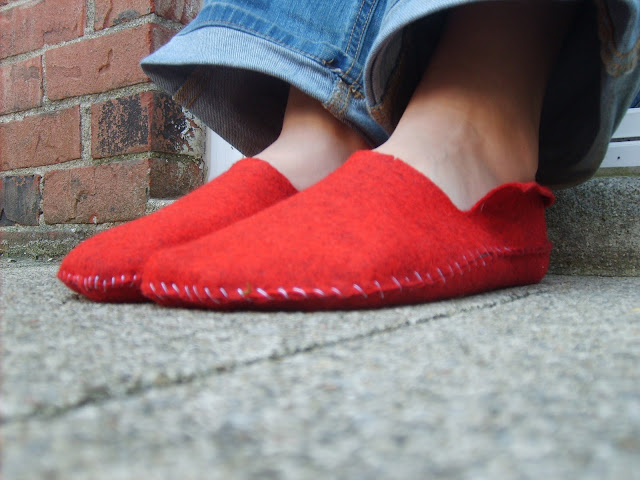 Anyway, once I sort of had a better idea of how the pattern and construction went (I'm not gonna lie, those instructions on the Martha Stewart website are confusing), I went ahead and made a pair for myself. 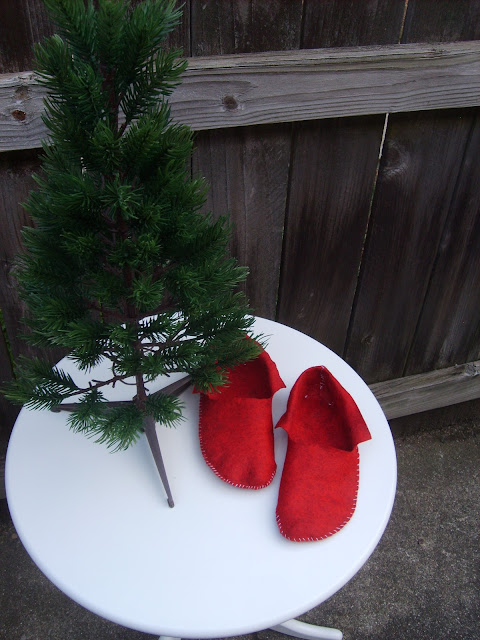 It ended up being pretty tricky, but Bryan helped me size the pattern up.  Since the copier part of our printer doesn't scale things by percent, we had to print the original pattern, scan it in, and then enlarge it on the computer.  It only sort of worked, but we got close enough. 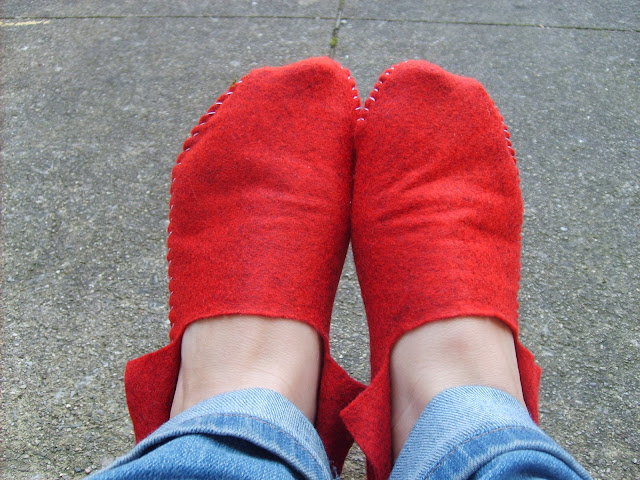 I made my slippers from this fun red wool felt that I bought at JoAnn's a long while back.  It worked well, but because the slippers fit a little snug, I think a thicker felt would work better.  (So would a slightly bigger pattern.)  Using a felted sweater might also be a good idea.  That kind of felt is probably stronger.  It would also probably be a lot warmer.

Also, just FYI, I had to cut the openings (the top of the "T" part on the pattern) a little wider in order to actually get my foot inside. 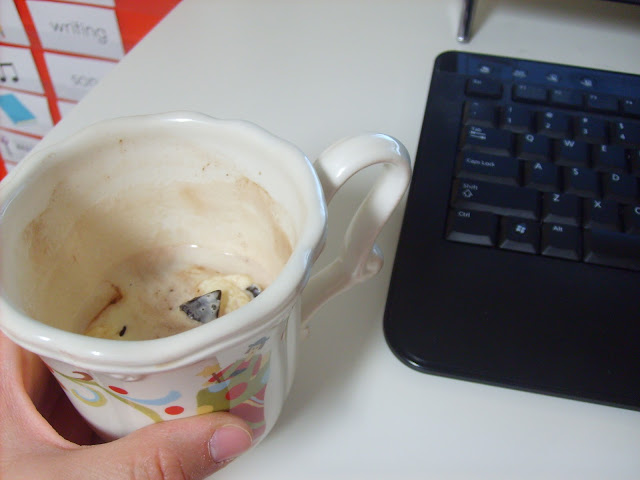 All in all, once I got the hang of it, it was a fun, easy sew.  And I'll definitely get some good use out of them. It was so cold outside while I was taking the pictures that when I came back inside I slipped them on and made myself a nice warm cup of cocoa. 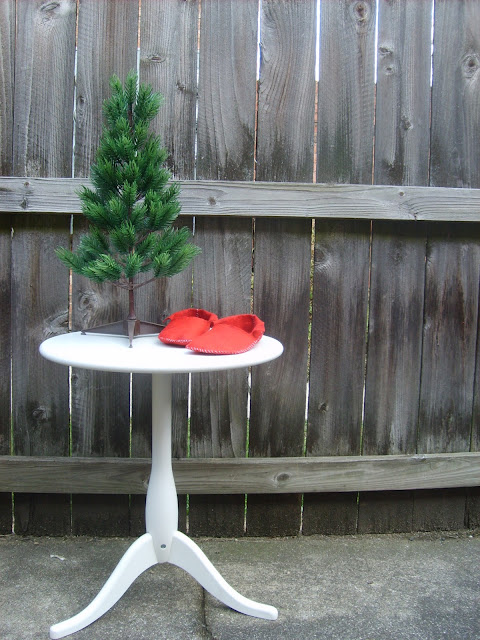 Cute! Makes me excited for Christmas and all things cozy and hot chocolately! :)

These slippers look so comfy. I really need to make something similar, I am sick of having cold feet, it's getting so cold:( Nice work, love the red slippers!