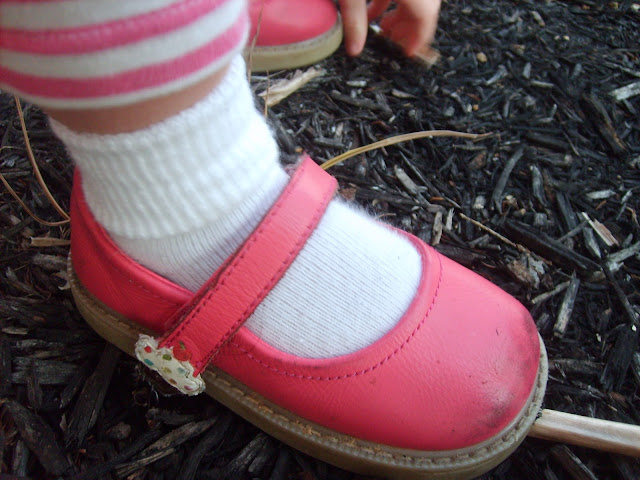 Also, she is getting really opinionated about what she wears.  And she picks out some crazy stuff.  It's definitely giving me flashbacks of my little niece Abbi when she was Olivia's age.  Crazy, crazy outfits.  And then if/when I overrule, there are tears.  Oh to be two and have no so much fashion sense. 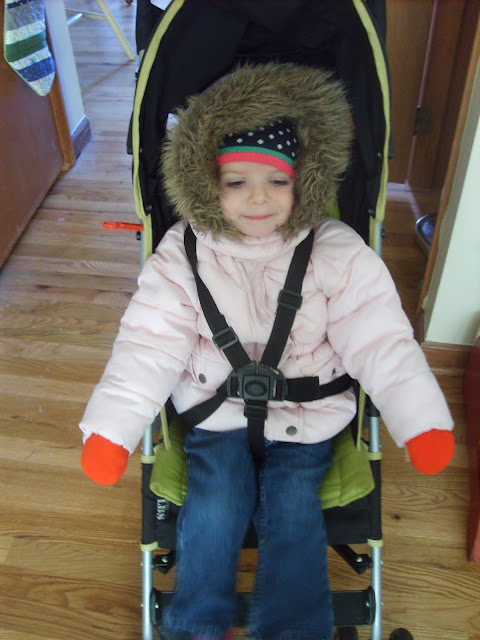 2. It's getting cold here.  But not as cold as Utah.  So I am a happy girl.  And Olivia is a girl that can't move when I get her all bundled up and squish her in the stroller.  This walk started fairly happy.  And ended minus the hood, hat, and mittens.  With a bonus side of tears.  Poor kid.  She is definitely a shorts and t-shirt kind of kid. 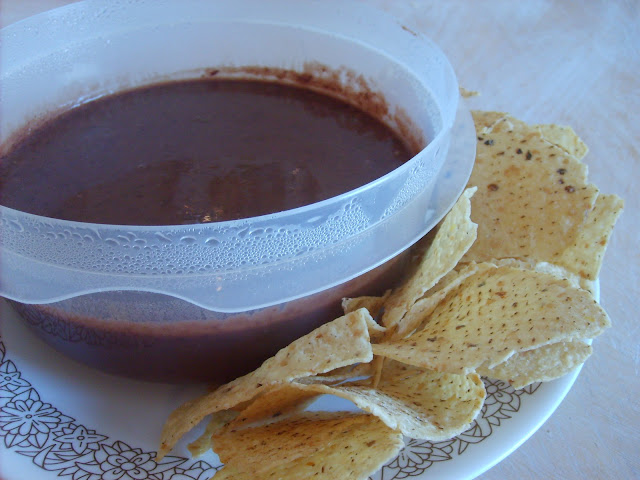 3. I am feeling much better.  Thank you so much for all of your kind, thoughtful, helpful words of encouragement yesterday.  My self-pity requirement for the day was definitely fulfilled.  And then today a good friend that happens to also be my next door neighbor stopped by with this for me.

Really yummy black bean soup, tortilla chips, sympathy, and a delightful conversation where we commiserated in our memories of having to deal with BYU health insurance and the BYU student health center and how we agreed on the fact that there is only one good doctor there (and how I never had the privilege of actually being seen by her). 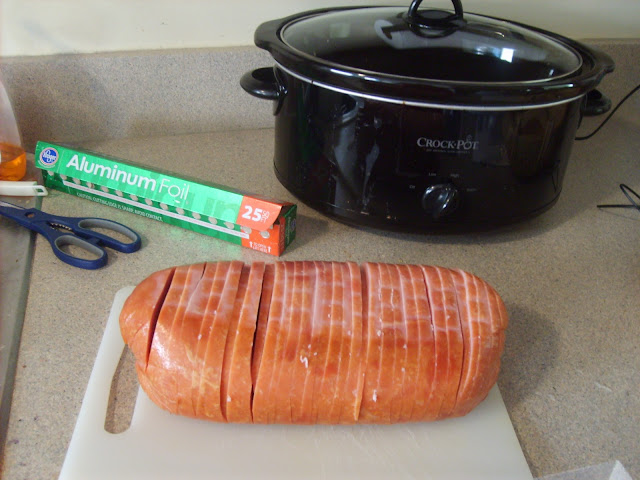 4. Today I am baking a ham.  Well, if you can call it baking.  It's going in the crock pot.  Because I've never actually baked a ham before.  But when the very nice lady from our ward dropped it off and I very coolly (is that really how you spell cool-ly?) asked if there was a specific way she preferred that I cook it, she said to slice it up, wrap it in foil, and throw it in the crock pot on high for 3 1/2 hours.  So, since I have never baked a whole ham in my life, that's what I did.

Although I must admit that I was a little freaked out at first.  After all, raw ham comes with all sorts of bacterial problems, right?  And while I am ordinarily not a germaphobe (I may or may not let Olivia eat her animal crackers even after they have fallen on the ground... at the thrift store.  What?  She's building immunity here, people.), I was a little worried about the ham bacteria-ness.

This fear may or may not have been entirely based on an old episode of House that Bryan and I watched recently in which a girl almost dies because they can't figure out what's wrong with her (ok, that's every episode of House), but then they find out she has a worm living in her brain because of some poorly cooked pork.

But all is well.  Because after my careful washing of my hands and surfaces and whatnot, I... umm... double checked the package and realized (much to my relief because I wasn't actually being that careful) that the ham was already fully cooked.  Basically all I'm doing is heating it up.  Whew!

But for those of you going to the ward Christmas party tonight, please rest assured that I'm, ya know, clean and stuff.  And I would never let my child eat cookies off the floor at the thrift store.  Only really gross people would do something like that. 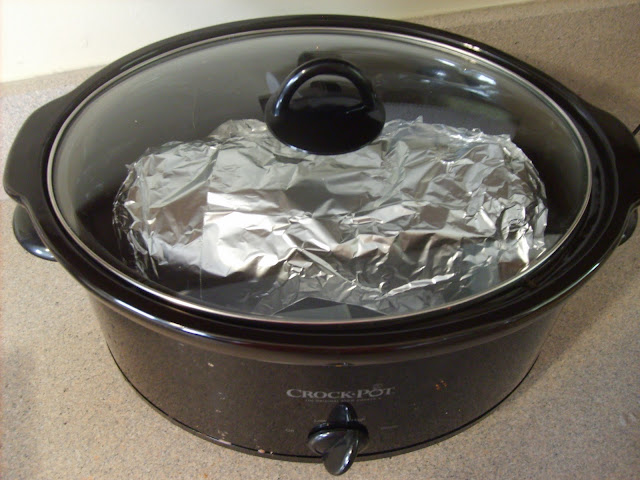 5. Or maybe it's just a giant burrito from Chipotle.

ohsnapwhatchonameis...
now I really want a giant burrito from Chipotle.

I cannot get over how big Olivia is getting. She's adorable. I miss you Katie!

Great post, makes me feel better. thanks for the laugh today.

hehe your little one and her shoes are adorable! :D

Love the red shoes! Your little girl is so cute! :)

Black bean soup--yum!! Great shoes. Have fun at the Christmas party. And I'll bet Miss O will get the hang of going for winter walks.

I'm glad you're feeling better! Also, I'm pretty sure I know exactly which doctor you're talking about and I totally love her because she was my mom's ROOMMATE way back when and at BYU she always took care of me! I'm sad you never got to see her! Although now that I think about it we really loved the doctor we saw there for infertility too. So I guess there are two good ones. :)

Also, I heard about someone really having a worm in their brain because of poorly cooked pork (although who knows if that story was actually true...but I believed it...) and have been weary of pork ever since. But that doesn't stop me from getting at cafe rio! :)

Oh my gosh! Those shoes are to die for!!

While I love ham cold or hot, I do especially love it heated in the crock pot. We like to add a can of soda - preferably a cola or a lemon-lime (ie: 7UP). It gives it a good flavor.