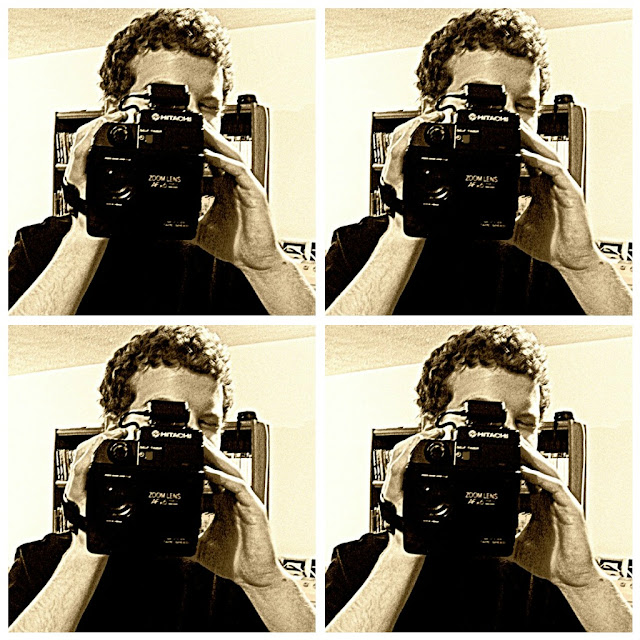 When Bryan and I first arrived here at his parents' house it was just our little family plus Bryan's mom, dad, and younger brother, David (pictured above with a rockin' video camera).

A few days later Bryan's other younger brother and younger sister joined us.

Then, yesterday, Bryan's older brother and his little family of 4 joined the throng.

It's big and crazy and fun.  But with so many people around, I have noticed a pattern of repeat conversations.


Me: What're you watching, Nathan?
Nathan: The trailer for The Hobbit.


David: What're you watching Nathan?
Nathan: The trailer for The Hobbit.

And then last night when we moved the table off to the side a little...


Bryan: Why's the table like this?
Bryan's Mom: We moved it a little so everybody would fit for dinner.

An hour or so later when David came home from work...


David: Why's the table like this?
Bryan's (and David's Mom): We moved it a little so everybody would fit for dinner.


However, in David's defense, he's not always the one causing the repeat conversations.  Half the time it's me walking into the room, butting into a conversations and saying obnoxious thins like, "Who's doing that?"  "What happened?"  "Where did she go?"

Some other frequent repeat conversations lately include multiple run-downs on how big Lisa's unborn baby is/isn't, when Chris and Anna's movers are coming (they don't really know, so don't bother asking... again), and if David is done with his calculus homework yet.

I guess with so many people and a nosy me, it's just bound to happen.

I guess with so many people and a nosy me, it's just bound to happen.

and apparently after 4pm parking is free...