The Letter "i," Surgery Run-down, and Good Ol' HP 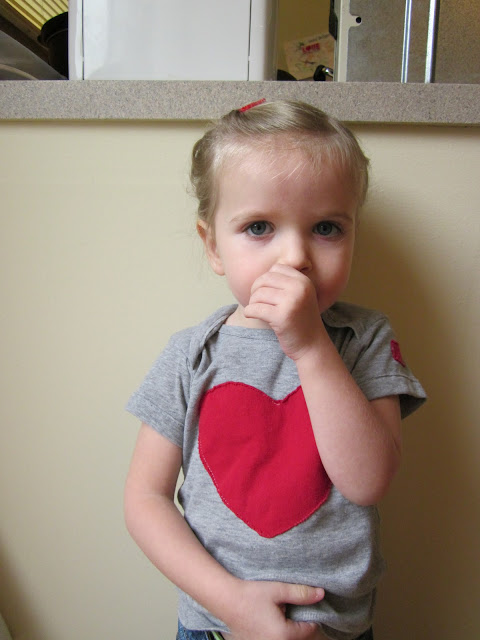 1. Olivia is cute, as always.  Today we were practicing writing her name (just for fun).  She's already pretty good at writing the letter "O."  I was coaching her on the other letters in her name.  She didn't care much about most of them, but she's a big fan of lowercase "i"s.  She does the adorable little kid "i" with a wonky little line and then a big scribbled circle sitting right on the top of the line.  Melts my heart.

2. Thanks for all your super nice comments on this post.  You're all champs.

3. The nurse from the outpatient center called earlier today and we had a good long chat about my medical history.  She said I sounded pretty healthy.  (Thanks!)  She also told me how it would all go down tomorrow.


Also, I thought it was funny (but really nice) that the nurse on the phone told me that the waiting room there is cold so my friend should dress warm.  :)

I've gotten really nice e-mails from a few nice readers and friends who told me they had been through similar ordeals ending in the same surgery and that it was all really painless and that they healed really quickly.  So it sounds like that's pretty typical.  Here's hoping for typical.

5. I've started reading Harry Potter again.  I'm almost done with book one.  Can I just say, the beginning of the first book is so weird compared to the rest of the series.  Not that I blame J.K. Rowling.  I imagine she didn't have them planned out all the way until the very end from the very beginning.  Maybe I'm wrong.  But I feel like if you read the first chapter of the first book, there's just no way to believe she knew what was coming at the end when she wrote that.

6. Speaking of Harry Potter, one or two of the students in Bryan's optometry classes asked him if he'd be willing to do a review of the material for their optics final (last semester) and midterm (this semester).  He's not any farther along than they are, but he's taken more math classes and he just understands the material better.  And apparently the teacher--uhh--well, Bryan explains things a little more simply I guess.

Anyway, for the midterm review Bryan thought it was just going to be him and one or two of his classmates. Then when he walked into the classroom it was packed.  When they said they were all there for his review he was kind of shocked.  I asked him if it made him feel really cool and he said yes.  Haha.  Who wouldn't?

I told him he's kind of like Harry Potter and I told him he should call his study group "Dumbledore's Army" and get everyone to sign a piece of paper.  I don't think he liked this suggestion because he just laughed, rolled his eyes, called me a Harry Potter nerd, and walked away.

Okay, that's all for now.

Oh, and Katie's been asking about her cousin Olivia a lot today...in fact she's babbling in her room about her right now instead of going to sleep. ;)

Haha - I predict that Polly meant Becca, not Katie.

Best wishes to you for tomorrow.

Haha... I love it! They should be the "DA." I'm totally a Harry Potter nerd! Have you ever listened to the audiobooks? I listen to them every night to fall asleep. They are amazing. Jim Dale's voice makes you feel like you're REALLY listening to the characters talk. So cool.

Good luck with surgery tomorrow. I know it will go well!

I just read your previous post.. good luck Katie. Keeping you and family in prayer.

(Becca here...just getting my Olivia fix in for the day. :)