Still On The Couch and Spoiled 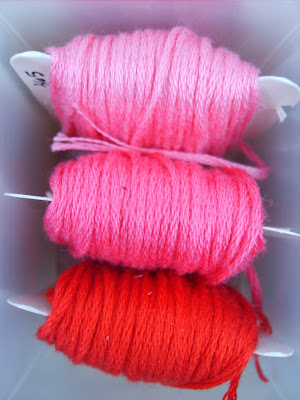 I've spent the day on the couch.  Again.  This past Friday I was feeling great.  I even got out of the house and Olivia and I went out for lunch and some shopping with our good friends.  I felt so good.  It was so nice.  But toward the end of our outing the part of my body that's been hurting lately started hurting again, so it was just as well we were on our way back home.  Bry and I spent our date night at home watching movies and I've basically been on the couch since (except for sleeping in bed and the occasional bathroom trip).

Not that we haven't been spoiled with friends dropping by.  And of course I've loved that and felt their love and support and it means so much to me.  But to be at church where there are so many people all at once... well, I genuinely haven't been feeling well, but, yes, I'm glad I could just stay home today.

Bryan told me when he got home about all the people who approached him at church and offered to bring us meals or watch Olivia.  We've only lived here for a little more than six months and, while I love our ward, sometimes I admit it still feels like we don't really know very many people.  We teach the six and seven year-old primary class, so we know the six and seven year-olds pretty well, but not very many other people.  So it was especially sweet that so many people approached Bryan to see how I was doing and offer to help in whatever way they could.  I feel truly spoiled.  And truly loved.

And, speaking of the six and seven year-olds, Bryan said they were really worried about me not being there because I was feeling sick.  And--haha--Bryan also said they were really squirrely and kind of naughty today.  That made me laugh.  They're usually all so good that we have to spend the first five or ten minutes of the class asking them about how their week was because, otherwise, our lessons end way too early.  I missed seeing those kids today.  They're really so sweet.  Each one of them.  And they're just at that age where they're still young enough to think silly things are funny, but just old enough to be really sincere and thoughtful.

I wish I could tell you I spent the day reading my scriptures, but it wouldn't be true.  What I really spent the day doing was finishing watching the third season of Gilmore Girls and then later watching the BBC version of Sense and Sensibility.  I hadn't seen the BBC version before and I must say, I highly recommend it.  Though you do kind of have to miss having Colonel Brandon played by Snape.  (Or whatever his real name is.)

But back to being spoiled.  I've been thinking about it a lot lately.  About all the kind thoughts and prayers directed our way.  And all the service rendered to our little family.  There has been an absolute outpouring of love from family and friends.  And I don't even feel like things are that bad.

I keep feeling like saying, "Oh, thanks, but really, can't there be someone who needs this more?  Isn't there someone who's really in pain?  Someone who's really sad?  Someone really suffering?"  It's not that I feel guilty, I just feel like, maybe people think things are worse than they really are.  Maybe if people knew that things aren't so bad they wouldn't bother to bring meals or offer to watch Olivia.

I just can't help but feel that there are plenty of people that are much worse off in life than I am.  And I just keep hoping that, wherever those people are, they're being just as spoiled and taken care of as I have been this past week.  I hope each one of them is noticed.  That each one feels at least as much love and support as I have felt.  That not one of them feels alone or helpless or neglected.

I keep hoping that all of you are near those who are suffering.  Because I know, after the way you've all been treating me in your kind comments and loving e-mails, that if there were someone near enough to you to bring a meal to or watch their child, that you'd do it in a heartbeat.  You'd do it without even being asked. You do it out of love for a neighbor and friend.

I think of that--of all of you serving each other out there in this big world--and I feel even more cozy under my blanket here on the couch.  I think of all that and I just have peace.  You all have an amazing capacity to love and care for one another.  I'm humbled by that, by you.  I really am.

And I hope you'll keep up the good work.  Because it is good work indeed.

Love you, Sweet Girl! I'm glad your ward and everyone is being so thoughtful. You deserve their kind thoughts and gestures as much as anyone else does.

You just reminded me of our lesson in Relief Society today. It was on service. And how we should just take the moment and render the service when we see the need.
So enjoy being on the receiving end for once, and someday, return the favor.
Hope you get feeling better soon. You have such a great attitude, even though you may not feel so great.
Hope this next week treats you better!