Things have been crazy. Here's proof.

I don't usually go more than a day or two between posts and it's always strange to me when I do.  Especially when we're not away on vacation or something.  And we weren't.  Things were just kind of crazy in general around here this past week. 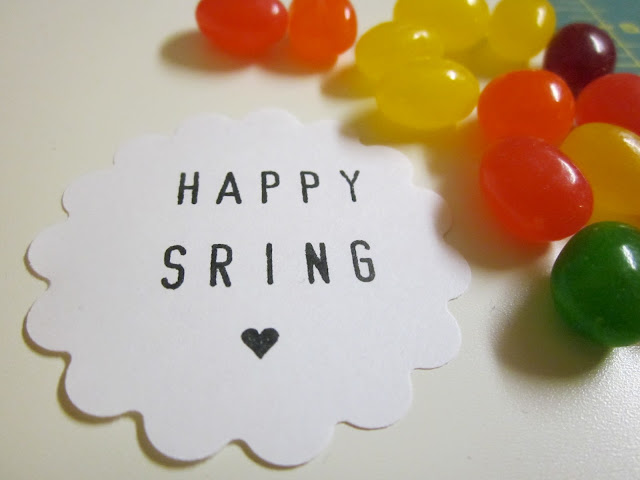 In making these little "Happy Spring" notes to go inside the Easter eggs in the Brown Bags this month, I totally misspelled "spring" when I was setting it up on the stamp.  It wasn't until I printed this first one that I realized it didn't look quite right.  Happy Sring!


Our car broke and we bought a new (used) one 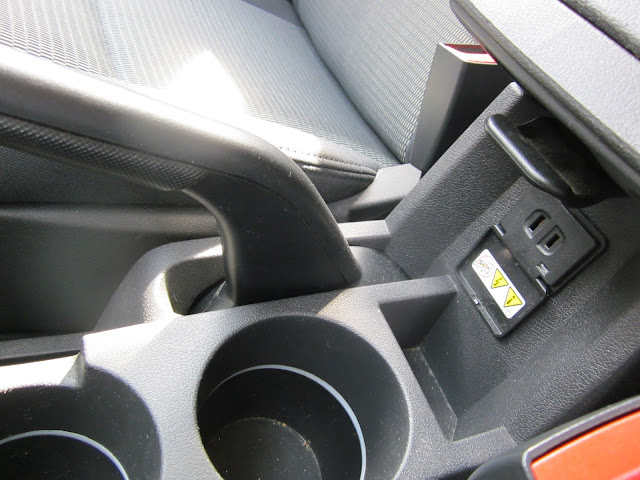 I mentioned this the other day (and thanks for all your kind thoughts and worries), but we had a bit of a car fiasco.  Last fall we decided to cut back financially in any way we could (so I wouldn't have to work anymore--so worth it) and one of the the ways we did this was selling our nice car that we were still making payments on and buying a cheap car outright.

We were so happy not to be making car payments anymore that we ignored the fact that our cheap car smelled like a chain smoker.  "This is what it feels like to live within our means."  That's what I chanted to myself every time I remembered that I kind of hated that car.  Because I did kind of hate it.  But I loved that we didn't make payments on it.

Well, long story short, there was a problem that was getting worse and on Monday Bry took it into the shop to see what was up.  Turns out, the car that we paid a little over $2000 for now needed around $1000 in repairs.  So. Not. Worth. It.  So we decided to bite the bullet and go back to making car payments.

The bad news is: we're making car payments.
The good news is: now we have a really nice car.

Perhaps the most awesome thing about our new (used) car?  It has a regular outlet in it!  So rad.  Especially since we have a portable DVD player that only wants to work when plugged into the wall.

We got rid of tons of food 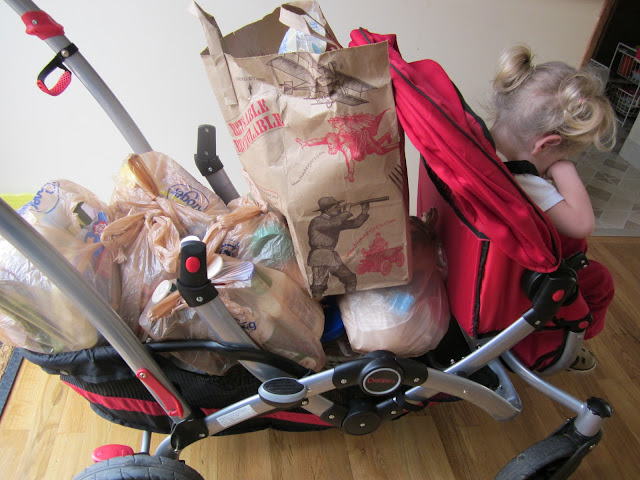 Things have been going really well with eating vegan.  While we still haven't gone 100% vegan yet (mostly because we're still doing dinner group until some of our friends get back from vacation), we are mostly eating vegan.  And we are loving it.  I feel so much better all around.  (And as a nice side benefit, I've lost 6 pounds already!  Woot woot!)

Cutting out eggs, meat, and dairy means we cut out a lot of the "regular" food we used to eat.  So yesterday I finally went through the cupboards, fridge, and freezer and made a list of everything that needed to go.  I let the girls I visit teach have first dibs at it which was great.  We always ask if there's anything we can do for them and they always say no.  But who can say no to free food?  :)  Olivia and I took several loads of food to those ladies as well as some other people from our ward at church.  It was a nice way to give to others and do a bit of cleaning at the same time.

Speaking of eating vegan, I have some favorite recipes I'm planning to share with you soon.  Hopefully next week things won't be quite so crazy and I'll be able to do that.

Last night we had a tornado warning 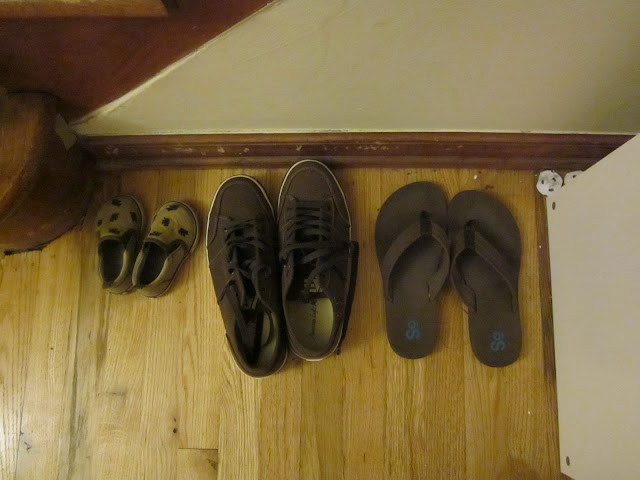 I grew up in Oregon.  And never once in my life there did we ever have a tornado warning.  Nor did we have any such thing when we were living in Utah.

Last night was our night to babysit for our babysitting group.  They kids were a little squirrely, so we decided to strap them down take them on a walk.  It was really nice out.  But while we were out the gray clouds started rolling in and the thunder started rumbling.  So we booked it back home to keep out of the rain.  I was pushing the double stroller--hard and fast--while wearing these brown flip flops.  Needless to say, it was not the best choice of footwear.  I may or may not have blisters forming in a couple of choice places.

Don't tell my mom.  She'll tell me I should have been wearing proper footwear.

So aside from some crazy hard rain and super strong winds and lots of thunder and lighting, nothing actually happened.  But it was still scary and it definitely added to our crazy week.

Glad it's Saturday now!  And hooray for General Conference today and tomorrow!  I am definitely ready for a peaceful weekend.

Wow that is a little bit of a crazy week! Especially the whole car thing. What a bummer. But I'm glad you have a new, nice car with an outlet! Now you definitely have no excuse to make another roadtrip out here in the very near future! :) Kidding...except not.
The tornado warning totally would have freaked me out too. Don't worry - I would have been the one trying to corral all the kids into the basement bathroom while making up some game about how we all have to sit in the tub so we could be safe from tornadoes. One time in middle school we had a tornado watch (not even a warning) and I took myself down to the basement bathroom and hung out in the tub for awhile. Seriously.
Enjoy Conference!!! We got our snacks and are ready to go! :)

Sorry you've had a hard week! We regularly get crazy strong wind here, but I have yet to experience a tornado warning. We have to choose a new (used) van in a few weeks and I'm hoping we can find a good one...we've had really good luck with the used station wagon we bought when Katie was a baby...but all six of us won't fit in it.

OK, I have a question, What is the General Conference?

I have been reading your blog for a while, along with several others written by people who are LDS (is that the right way to write it?), anyways, your beliefs are in line with a lot of what I beieve in, and Iwas wondering if you coul share more with me. I am in New Hampshire, so it is a hard church to find around here. Lots of other religions, though.

Would you mind sending me some info? Or web links for more information? Thanks!
Marcy
marcy_ort@hotmail.com

Yay for a working car! That was pretty quick... I was going to post that we have had great experiences buying used cars from private sellers and we'd be happy to chat about it, but you've already got it taken care of! Of course, we're partial to Hondas thought =)
Enjoy conference!

Hmmm...maybe that's why the weather is so un-spring-like around here. It's really SRING!

So glad the week ended better than it began. And that the tornado didn't happen. Yikes!