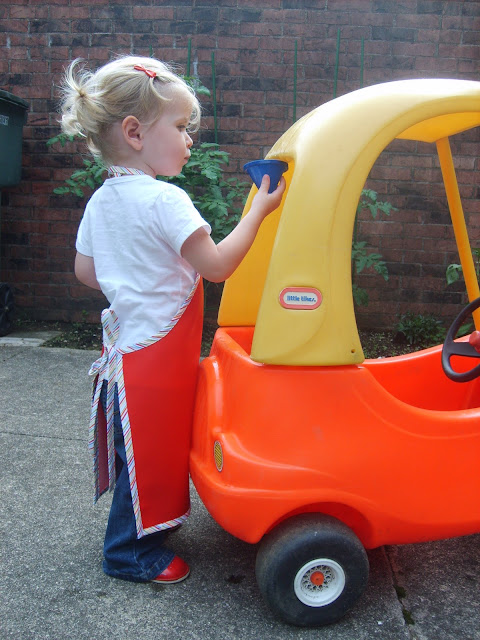 Why, hello there, friends.  Sorry I've been gone for the past few days.  I enjoyed a super fun girls weekend which spilled over onto Monday and now I'm still trying to recover and get back into a routine.  And last night we had a fun double birthday party for some of our favorite 1 year-olds and a fun girls night with the other optometry student wives.  So it's still been pretty crazy and action-packed.  Today should be a slower, calmer day.  Hopefully I'll finally get around to filling button orders.  I have kind of a lot.  If you're planning on buying buttons in the next few days, it'd be cool if you just do it today so I can do all the orders at once.  Just sayin'.

Hopefully today I'll also get around to finally downloading all the pictures I took this weekend.  Maybe you'll finally get a chance to see a real picture of Kendra and Holly.  :)  As I recall, there may be a really charming picture showcasing the left side of my face rather prominently with Holly squished in the middle.

In other weekend news, the April Brown Bag failed spectacularly.  Not because our only real sponsor was Creative Habit.  (A handful of others brought fun prizes to share just for fun, so we were good in the prize department.)  We were sewing something with vinyl and it did not go well.  I was worried that might happen, so a couple months ago I invited a few friends over to do a test-run of the project.  The test run was a big success.  So easy and with so few blips along the way.  I realized toward the end of the test run that I had forgotten to include a certain piece, but it wasn't a big deal.  Ha.  Turns out it made a big deal.  Only 2 or 3 of the 15 or so people who came left with a decently-finished project.  Oh April Brown Bag, how you shame me.  Hahaha.

In my own defense, I think the project wasn't the problem so much as my group teaching skills.  I get up in front of people to teach and totally lose my cool.  Instead of being clear and well-spoken, I just mumble through the instructions as quickly as possible so I can sit down and not have people staring at me anymore. Which results in beginning sewers not having ample instructions.  Everyone did their best, they really did.  But sewing with vinyl can be tricky and I did not explain all the little tips and tricks for how to handle that.  Boo to me.  But, strangely enough, it's a project I still feel really good about.  It's something I want to keep working on.  If I can get to a point where I can truly explain it well so someone will be able to recreate it on their own, it will be a personal triumph.  But, let's be honest, that's probably going to happen in written form. And thank heavens.

Anyway, things are good around here, just busy.  Hopefully I'll be back in soon with some fun pictures of our weekend and perhaps some tutorials and other things I've been meaning to post for a while.  In the mean time, I hope you're all having a happy, busy time too.

I so wish I lived near you so I could go to brown bag. Sounds so fun! And I would love to be a sponsor for the next brown bag.

Was the vinyl project another apron like the sweet one in the photo? Glad to see that Lala knows the check the gas and oil.

It was so fun, I am glad to have been there! My wallet might have been the saddest looking of the lot, but I am still glad I came. Sometimes students need to experience failure to teach them how wonderful it is to try again and have success. Trust me, just because something like this failed does not mean you are a failure of a teacher. I know from experience. I too am having a hard time adjusting to real life again. The break was so wonderful, thanks for hosting us.

I'm so glad you girls had a fun weekend together! You definitely need to post a picture, so I can personally see how much I missed out. ;)

In unrelated, but exciting news...we moved the first bit of our stuff into the house today!