It's Not Hurt, It's Just Different 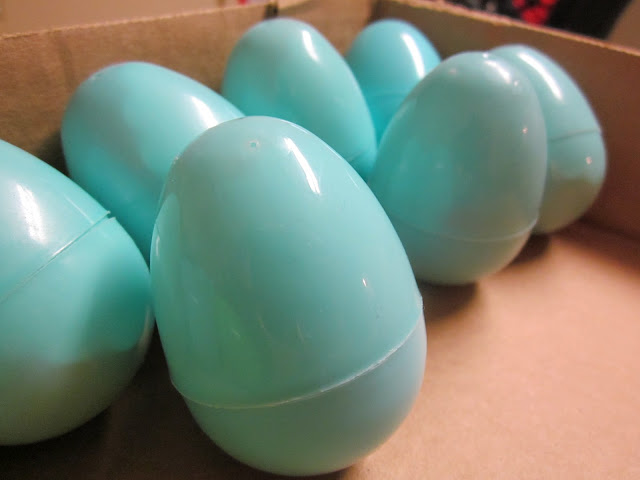 A lot of things have changed since I had a miscarriage back in January.  And looking back on even just these last few months, there have been more changes than I anticipated.

***Disclaimer: I do not intend for this to be a depressing post.  This is not a post about feeling sad.  It's just a post about what's different now.***

Of course I was devastated when I first found out that there was no baby in my "tummy."  But I also know that I wasn't nearly as devastated as I know a lot of people get.  There are several reasons for my lack of self-pity, but I think most of my reasons for this have names and faces.

One is my older sister.  She and her husband adopted their oldest two kids before getting pregnant with their third child (first biological child), who was a total surprise.  After so many years of infertility my sister didn't think she'd ever get pregnant.  I remember those years.  I don't remember ever hearing her whine or complain about it.  While I'm sure she had plenty of "why me?" moments, I don't remember hearing about them.  And that has stayed with  me.

When I was first trying to get pregnant (with Olivia) I was sad when I didn't get pregnant right away.  But I couldn't shake the thought, "Well, Polly didn't get pregnant for years, why should I just expect that I'll be able to?"  I cried and felt sad about not being pregnant, but I knew better than to feel too sorry for myself.

Bryan and I have also had some very close friends who have had their own struggles with infertility.  I think about them all the time.  At least every day.  I think about them when I'm having a hard mom moment. I think, "They would give anything for this."  I carry their hope and their hurt with me.  More than they could ever possibly imagine.

So when I found out that I had miscarried, I was devastated.  But I didn't stay that way.  And I think it's because I didn't feel entitled to easy pregnancies--or to any set number of kids.  And it's interesting how thinking I was pregnant and then having that taken away from me with an empty ultrasound has changed things.

I used to want six kids.  Now?  I guess we'll see what happens.

My friend Emily and I joke about how some of our friends already have three kids.  "Three kids!  And they're our age!"  I totally admire my friends who are only 25 and already have three kids.  They are superstars.  But that is not what my life is going to look like.  Not at age 25, anyway.  I hope for more children.  I have some very personal feelings about having more children.  But I also know that, often times, the Lord's way--while always better--is very different from my own.

Maybe the best way to put it is that I used to plan for children and now I wonder about them.  I wonder if and when we'll have more children.  I wonder how and when those children will come.

When we were in the little kid area of the museum today, I was thinking about all this more than I usually do.  As I watched Olivia play I began to notice all the different family combinations that played around us.  Moms with one baby.  Moms with one older kid.  Moms with one or two kids.  Moms with twins.  Moms with nursing babies and older kids playing nearby.  Moms with kids that were maybe adopted.  I know that the sight of mothers with their children overwhelms a lot of people who have problems getting pregnant.  But there was something peaceful about it for me.  While I expected to envy moms with more than one child, I found that I didn't.  I didn't envy them.  I just admired them.

It's not that I think the Lord doesn't trust me with more children.  (Or any other mother who doesn't have as many children yet as she had initially hoped for.)  I think it's that he trusts me to trust him.  And I feel peaceful about that and honored by that.  I hope other moms (with kids or without) who are struggling will feel that too.

Maybe I sort of already said this, but I also wonder about if we'll have more children.  Will I ever be pregnant again?  Will children join our family another way?  Having grown up with so many older siblings, my heart aches for Olivia's sake at the thought of her being an only child.  It's sad to me to think of her never having brothers or sisters to play with, to lean on and learn from and love.  But I know that, if that's the Lord's way, she'll be fine.  I have a friend from home who was an only child and you know what?  She is the least bratty, self-centered person I know.

I guess that's all I want to say for now.  This is a terribly anti-climactic way to end this post, but since I don't know what will happen in the future, well, I don't know what to say about it right now.  But I'll be sure to keep you posted.

In the mean time, it'd be cool if you checked out this blog.

Oh Katie. I love you. I got on the internet to get your bread recipe (that I'm so excited to try in a few minutes hopefully!) and decided to look it up on here rather than get it off Pinterest. And I'm so glad I did. I'm so glad I hopped on here so I could read this. This is a very sad but also humbling post. Uh, I hope that makes sense. What I mean is that my heart is sad for you but I'm glad to see that you're okay. Well, at least that you say you are. I hope you really are. I loved reading about your faith and your trust in Heavenly Father and in His plan. Your faith strengthens mine. Thank you for that. You are an incredible and wonderful person and friend and I love you oh so very much.
Also, when everything was happening with your miscarriage Richard and I speculated that if maybe you and Bryan would have to go through anything similar to what we're going through. I feel like so many of our friends have. And I wonder if that is one reason why we've been asked to go through this trial. So we can lift others. I hope that you don't have to endure infertility though. I hope another sweet baby, just like Olivia, joins your little family soon.
xoxoxoxoxoxoxo

Blessings over you and your household as you wait on the Lord to show you his plan.<3

I struggled with infertility from age 20-28, then had a baby FINALLY. Then during my 30s I was (fairly easily) able to get pregnant 5 more times, but have only 4 more come home. Now, as I have entered my 40s I wonder (hope) there will be at least another family member, but realize that God has the final say - and the BEST plan.

Katie, I just really like you. And I have a lot of these same feelings. I actually also had an empty ultrasound a couple of months ago, and even though it was really sad, I just know that everything will work out, and there's no reason to dwell on it. You know? Anyway, I admire that you are so open and honest about things on here, it makes me feel much more connected to you than I otherwise would. Good luck to you guys with everything!

Growing up I never realized just how many people have experiences similar to yours. Some have a hard time getting pregnant, others have miscarriages, and others lose their precious babies earlier than expected. I know I have felt so blessed to be able to have my sweet baby in my life and he becomes more and more of a blessing each day as I consider the fact that when we decide to try for our next baby it may not be so easy.

I am so appreciative of how willing you have been to share this experience with all of us who read your blog. I really feel like you are doing a great service by doing so.

I just wanted to throw my perspective in and let you know that what you said about the possibility of Olivia being an only child is true. She will be just fine and she will find some amazing friends that she will adopt as her brothers and sisters :) You have such a cute little family and I love seeing how big Olivia is getting!

I just stumbled upon this post and it spoke to me. Thanks for writing it.... And heaven forgive me for skimming over people's comments because they were not as perfect as your post.

Hey Katie, I just barely saw this post. I've been super spotty about checking in on blogs lately. Thanks for the compliments. :) For myself, I think Eric and I knew we would have kids (birth, adopted or otherwise), so I wasn't too panicked. Looking back, it's really obvious that Heavenly Father knew what he was doing. I'm glad Eric and I had 5 years to be married and enjoy our life together before kids...because we don't get nearly as much time to ourselves now and that got us started on a really solid footing.

I'm sure if Olivia grows up an only child she'll be wonderful...and if she has 5 siblings she'll be wonderful too. It is a lot of fun to see our kids play together and do things for each other (Seth was reading to Rebecca this morning and giving her tricycle rides)...and super aggravating when they tease and fight with each other (as you know from the background noise pretty much every single time we talk on the phone.)

Love you and your little family!!