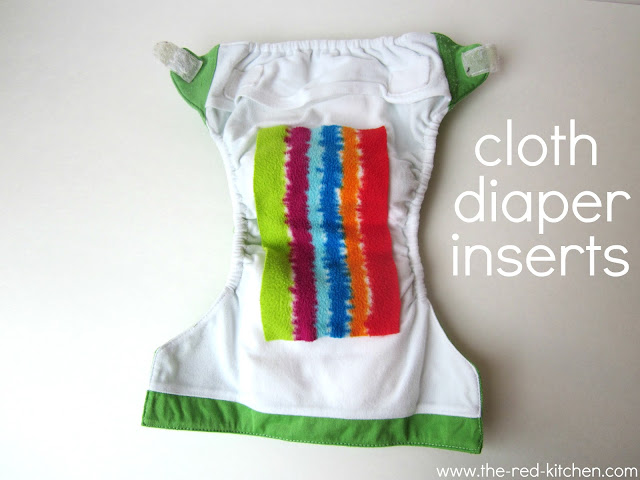 My sister-in-law Anna recently bought some cloth diapers like ours for their third sweet little girl that will make her debut soon.  I've talked about using our cloth diapers several times before, but one thing I never bothered to post about was our little fleece insert thingys, which is lame of me because they are probably one of the most useful things to have if you're using cloth diapers like ours.

Why are these little trash piece of fleece such gold?  Well, even though the inside of our diapers are made of micro-fleece (which, in theory is kind of the same thing), the poop sticks to the micro-fleece a lot more than it sticks to the cheap fleece.  So using these little fleece inserts (the colorful rectangle in the photo above), means that I don't have to use a diaper sprayer or put rubber gloves on when I clean out a poopy diaper.

Instead, all I have to do is hold onto the little fleece insert, hold it above the toilet, and gently shake it a little until all the poo falls off on its own.  And that means that the rest of the diaper doesn't even have to get "washed" in the toilet water.  And that makes cleaning cloth diapers a heck of a lot less gross.

And the best part about these little fleece inserts is that they're so cheap and simple to make!

Get the how-to after the jump! 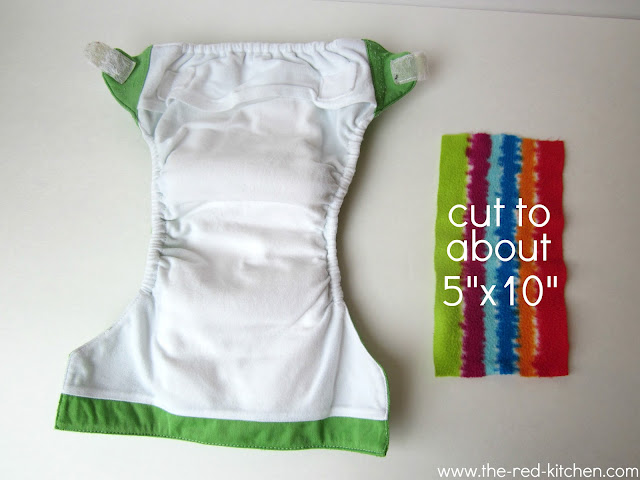 Get some really cheap-o fleece (I got mine from the remnant bin at JoAnn) and cut it into rectangles that measure about 5"x10".

(Some of mine are slightly smaller, but that's the size I wish I would have cut them because they work better if the fleece reaches the edges of the diaper.  And by "edges" I mean the edges by the legs, not all the way to the front and back edges.) 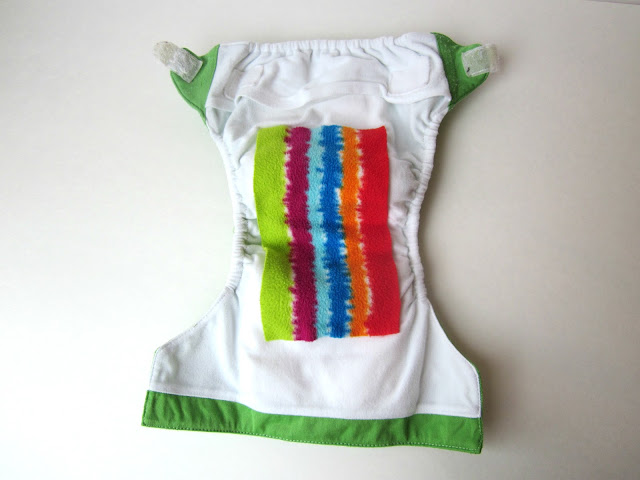 Get your diaper all put together like you normally would and then place one of your new fleece inserts on top of the diaper like so.

For those of you who may be worried, we never had a problem with Olivia's inserts moving around while she wore them.  I think since the diaper is made of micro-fleece and these are made of fleece they kind of stick together a little to stay in place. 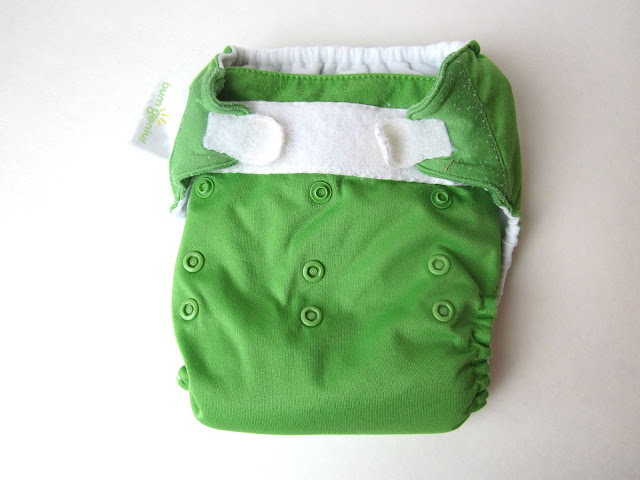 Now just use the diaper like you normally would!

Oh, and just wash the fleece inserts along with all of the other parts of the diaper.

And, honestly, I wouldn't worry too much about getting every little bit of poo off of the inserts (or the diaper for that matter).  From my experience, as long as there are no big chunks, everything (literally) comes out fine in the wash.

Enjoy cloth diapering!
(And maybe you'll enjoy it a little more now that you don't have to scrape poo of diapers so much anymore!) 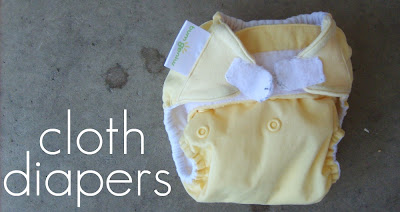 For more helpful info on using cloth diapers like ours, visit my Cloth Diaper page in my Series section.
Posted by Katie Lewis at 9:11 AM