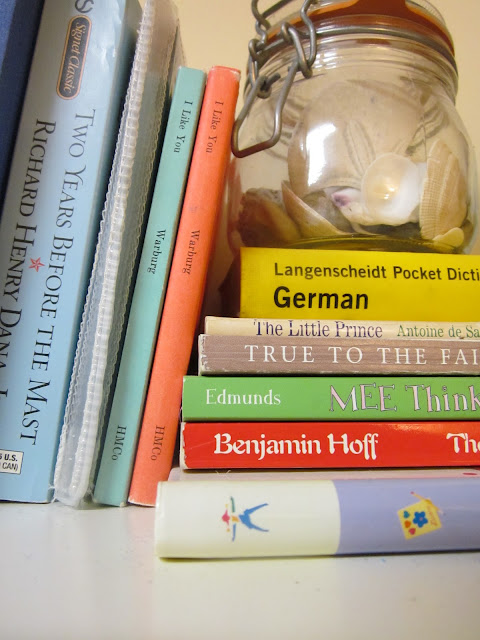 The picture above is bright and colorful and fun to look at (and it's a sneak peek of the pictures I finally took of our downstairs... I'll show you those another day), but this little conglomeration of books is also bittersweet for me to look at.

Those of you who have been reading my blog for a long time know that my husband Bryan and I met our freshman year of college and then he went off to serve a two year church mission in Switzerland and Germany while I kept going to school.  We got married a few months after he came home.

While Bryan was gone I dated some other guys, but it was never the same.  I missed Bryan... more than I can explain.  I have a lot of happy memories with friends from those two years, but I also experienced a lot of heartache.  It was a personal battle.  A daily struggle.  A giant leap of faith to trust that things would work out, especially when everything around me felt so miserable.  No two years in my life passed as slowly as those two years without Bryan.

Waiting for Bryan.  That took a long time. 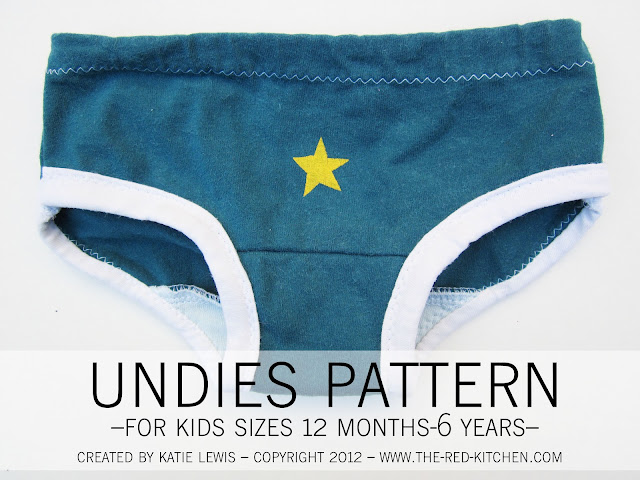 Something else that took a long time?  This little Undies Pattern that I now sell in my shop.  I just sold another copy of it and I found myself reflecting on how long it took for that to happen.  It was over a year ago when I made the first couple pairs of teeny tiny little panties for Olivia.

I took all the tutorial pictures and wrote up and formatted the instructions not too long after I started making them.  I really wanted to get it ready to sell right away.  But there was one problem.  I had no idea how to make the patterns work as something that other people could print off at home.  I remember sitting at one of the big fancy computers at the BYU library with Bryan one night trying to make it work.  I was so frustrated.  I just didn't know how to proceed so I could finish the project.

Well, it got put on the back burner during the move and since Olivia wasn't really potty training right away I wasn't in any rush to finish it.  Every now and then I'd remember the undies pattern, feel ashamed that I put all that work into it and never actually finished it, and then put it out of my mind.

In the mean time, I was working on other things.  And some of those things included patterns.  The way I had tried to digitize the undies pattern on the computer hadn't worked.  But the patterns I had been sharing on my blog were a lot simpler to upload and digitize.  It worked!  And it was so easy!  A whole world of possibilities opened up to me.

Well, eventually something clicked in my brain and I realized that I could do the Undies Pattern like I had been doing all of the other little free patterns on my blog.  It was one of those major "duh" moments.  And I feel a little silly now, realizing that I could have finished it so long ago.  But, ya know, some things just take a long time. 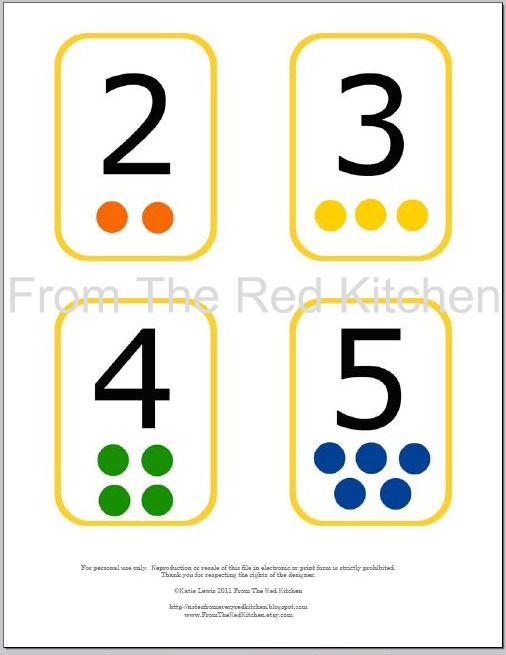 And then there are those things that are fast and easy enough to make, but other contributing factors take a long time.  These Number Flashcards were available for sale in my shop only a day or two after I finished creating them.  But it took a long time for these flashcards (and the others I sell in my shop) to really become popular.

Any blogger or Etsy seller knows the feeling.  You finish writing a post or making something to sell, make it available, and then expect it to be instantly popular!  And then... nobody seems to be aware that you did anything at all.  Boo.

It's easy to get discouraged and feel unnoticed by the world at large, but sometimes you (I) just have to be patient.  Blogs and people and things don't become instantly popular.  They may seem instantly popular because, by the time we catch wind of whatever it is, it already seems glamorous and successful.  But I don't think anyone or anything ever starts out that way.

But it wasn't like that a year ago.  It took a long time. 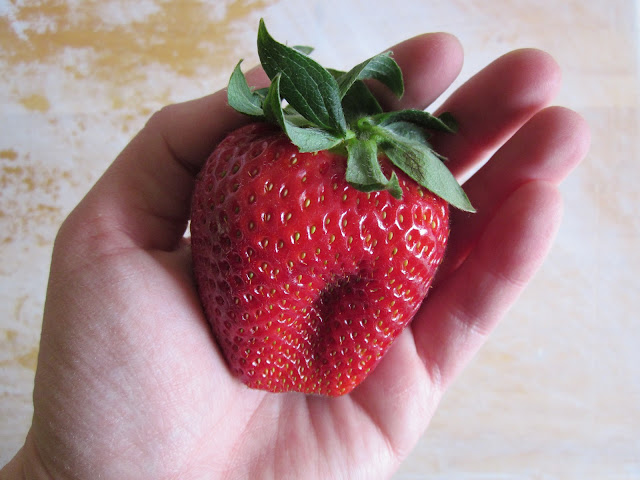 Life is about growing.  And sometimes that means growing pains.  But I think that, maybe, the growth won't feel so painful if we can step back and recognize that most things in life aren't instant.

Most things take a long time.

Some things take a long time.

You are so right! And I needed to hear it today! My little man was 2 months old last week and I've been feeling like I should be closer to being back to my pre-pregnancy weight. BUT it takes a long time and I haven't failed because I'm not there yet. I'm just not there yet. :) Thanks!

That strawberry is enormous. At first I thought it might have come from our garden, but then I realized that the rabbits would have eaten it before it got that big.

Also, True to the Faith was from my mission. That feels so long ago.

Well said.....and thank you for the much needed reminder.

Thank you so much for writing this (along with all the other things you write). I am a new blogger and feeling a bit like you did back then, but your words perked me up and I feel good about it all again. Honestly, I have to say that although I don't know you I am truly thankful that I have found your blog. There are many things you have said that have inspired me. You have a gift girl!

Finding Mark took a long time. Finishing school has taken a long time. But, I'm so thankful for both of those things and all that time to grow. I'm so so so grateful I decided to go back to school. It's been really really hard. I'm so so grateful I had to wait for Mark. He's been the best decision hands down. Funny how sometimes the best things in our/my life take the longest and require us to give and sacrifice and cry so much. And then come the biggest blessings! Like Calvin! and a master's degree!