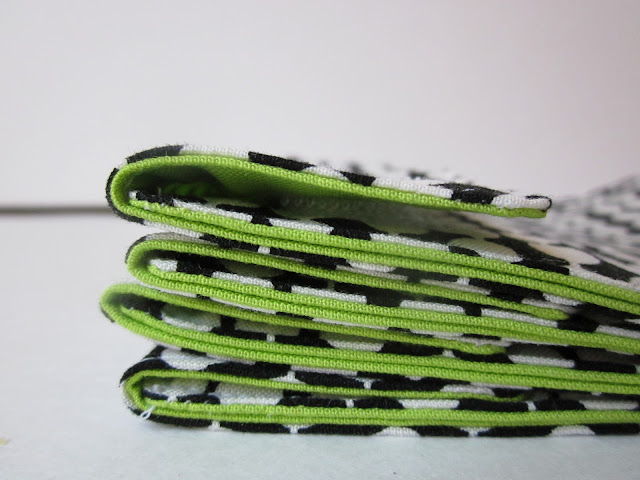 So for the last little while I've been writing down all of the projects for my book by hand in a little composition notebook.  It's been good for me to be able to scratch it all down by hand because I can draw (really terrible, but helpful-to-me) pictures next to things and sketch out ideas and all that jazz.  Also, it keeps me focused on the project at hand and away from the ever-distracting computer.  Not to mention it keeps all of my projects in one place so I won't keep losing the instructions I painstakingly wrote down.  (Umm, not that I lost five or six projects that way already...)  So it's been a good win-win situation for me.

But now that several of the projects are past the prototype phase and are ready for me to subject my family and a few friends to lots of testing, it's time for me to type up all those hand-written projects.  Which, by the way, has been strangely terrifying to me.

I think part of the stress comes from the pressure I feel to write things down "for real" now.  When I was scribbling it all down in my little notebook I didn't worry too much about my wording because I knew I'd be doing a major polish when I sat down to type things up.  But now I'm here in the "major polish" zone and it's kind of been stressing me out.  Hence the goal I wrote down yesterday to type up five projects for the book this week.  I just needed to get over myself and jump in.

For the record, as of last night I have at least double that amount typed up.  (Although some of them were already typed up and just needed a little reformatting to make them uniform with the rest of the project instructions.)  Anyway, obviously typing things up isn't hard (Hello, I type all the time!), but it was stressing me out.  But I think now I'm over the hump of just sitting down and doing it and it's not freaking me out so much anymore.

But back to being stressed out about it.  Because I have more to say on the subject.

Something else that has been stressing me out about sitting down to type up these projects?  Spacing.  I'm not talking about white space and color balance and all that.  I'm talking about the spacing in between the punctuation at the end of a sentence and the beginning of the next word.  If you grew up anytime before, I don't know, a few years ago? then you, like me, are probably in the permanent habit of pressing the space bar twice between each sentence.  Right?  It was drilled so well into me in school and with that old Mavis Bacon* typing program that I've been stressing just a little too much over the idea of having to type out an entire book as I make sure that I only leave ONE space in between each sentence.  (Even as I'm writing this post I can't do it.  Haha.)  Did you know that it's standard MLA format to only put one space in between each sentence now?  Well, it is.  And one of the publisher websites I was reading through mentioned that manuscripts should follow this rule (the only one space rule) and it has kind of given me PTFS (professional typing stage fright) ever since.

But guess what?  I have good news for all of you fellow Mavis Bacon graduates out there!  Microsoft Word will do the find "___" replace "___" with spaces!  So all I had to do to fix the projects I had typed up eons ago (before I knew about the new ONE space only or you'll die rule) was tell it to find "  " (that's two spaces) and replace it with " " (that's one space).  And it worked!  So miraculous.  And such a relief, I'm telling you.

So, basically, I am happy to report that the typing-up phase has begun and is thus far much less traumatic than I kept imagining it to be.  But aren't things always that way?

Speaking of which, I'm off to work on that some more.  Here's to maybe possibly someday finally actually having this thing typed up.


*Apparently it's actually called Mavis Beacon, but my siblings and I definitely called it Mavis Bacon when we were kids.  Hahahaha.
Posted by Katie Lewis at 1:31 PM

So when you said, "But back to being stressed about it. Because I have more to say on the subject," you really had me.

First of all, who didn't love good old Mavis Beacon? She taught everyone how to type! And by the way, I still do the whole two spaces between sentences...pretty sure I'm not going to stop that unless I actually have to write a paper or something important...like you are doing with your book. But even then I will just have to remember your awesome trick!

And YAY for you for doubling how many projects you wanted to get typed up this week! Now you're on a roll! :)

I love me some Mavis Bacon :)