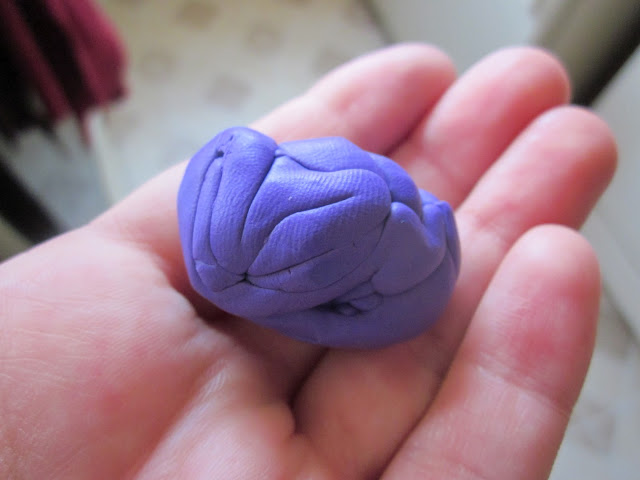 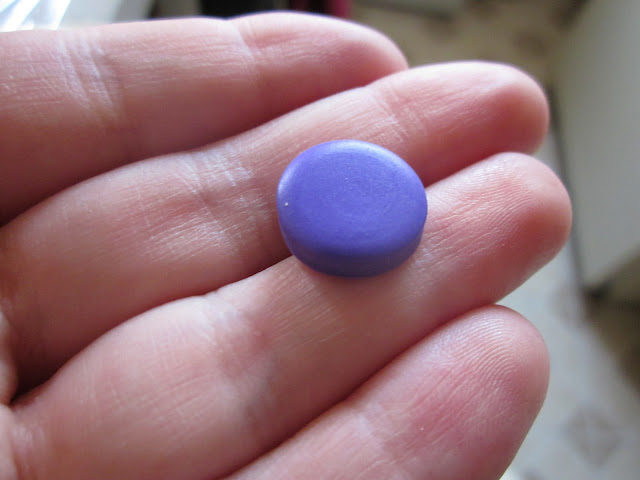 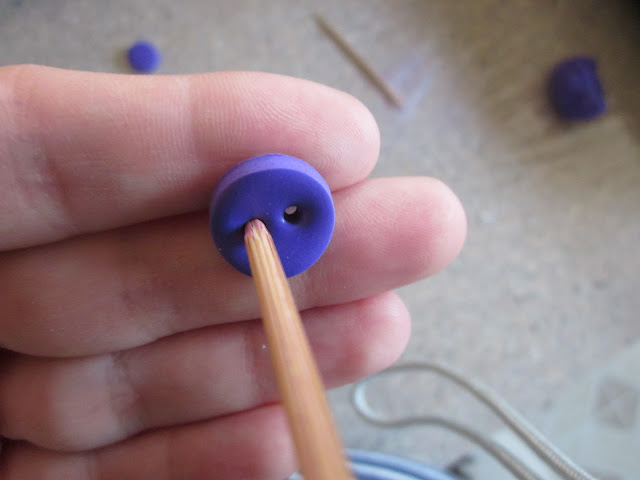 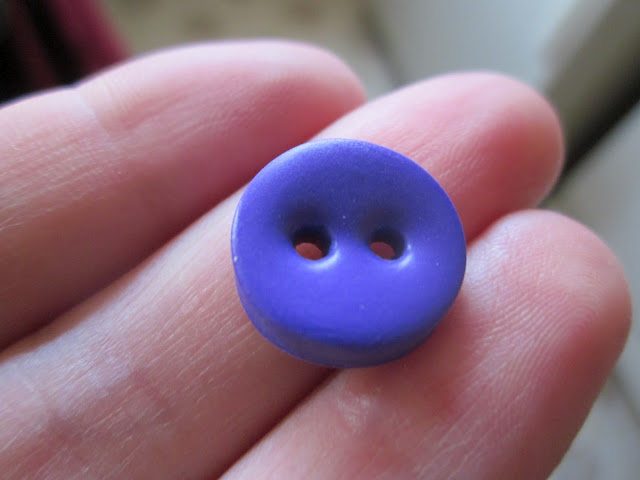 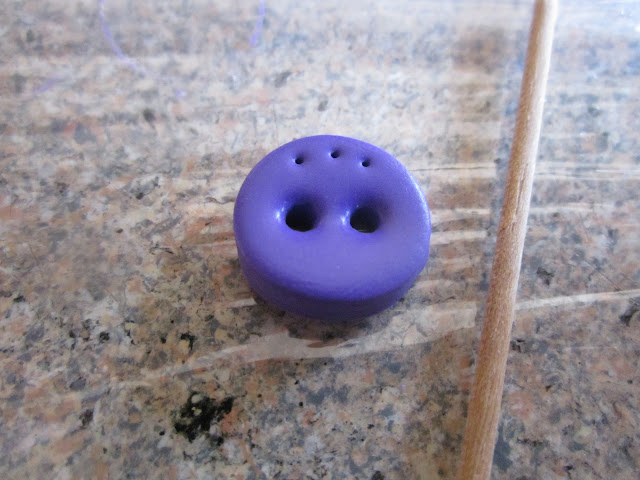 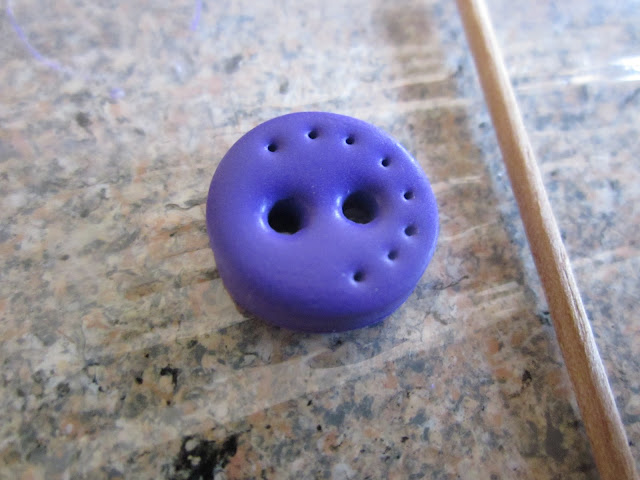 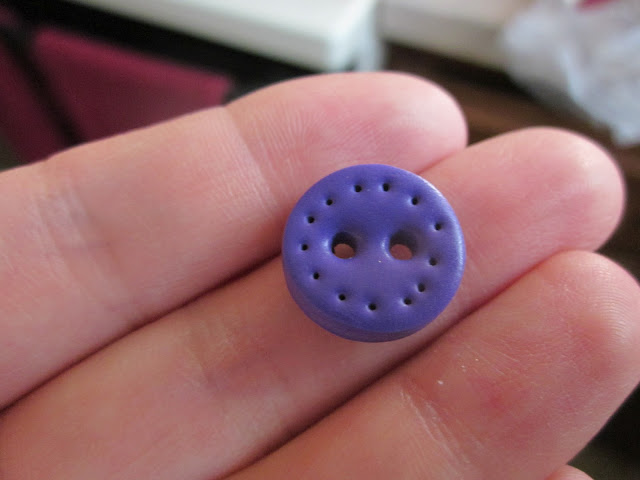 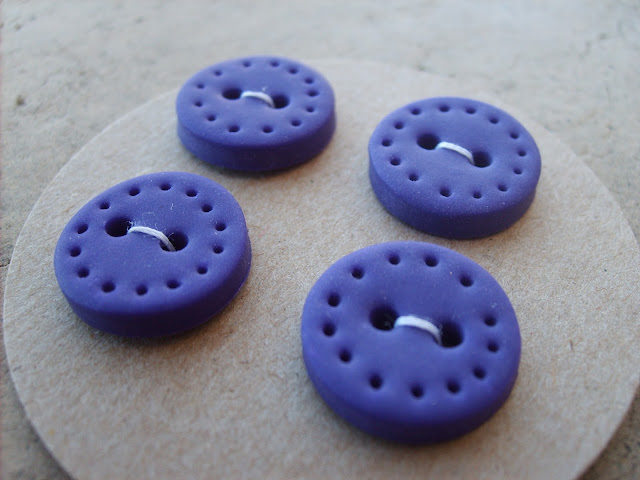 So, this crazy thing happened.  Last night I finally did what my gut instinct has been telling me to do for a while now--I discontinued the handmade stuff in my shop.  So I marked it all down to 50% off and then--this is the crazy part--people started snatching it all up like crazy.

You guys would be really unimpressed with me if I told you how often I usually sell items from my shop.  Unless we were talking about today.  I'm not gonna lie, I'm kind of blown away.  Not only by all of your enthusiasm, but also by your love and support.  There's something uber flattering about having people buy things I've made with these own two plain-Jane little hands of mine.  So a big thanks to all of you who bought things today and made me feel like a cool kid for 24 hours.  You rock.

Something else shop-related that happened was that three different people bought the same set of purple buttons at exactly the same time.  I kid you not.  I was sitting at my computer working on... uhh, I honestly don't remember... and then I got 3 e-mails at the same time, all placing their orders for a set of these little purple buttons.  The problem is, I only had one set left.

Technically, this shouldn't have happened.  I had already gone through earlier today and updated the exact quantities that were available in each color.  But there was still one variety pack listing that was up (which included the purple buttons) and one listing for the purple buttons.  I admit that I knew about this discrepancy when I updated the quantities in the listings, but I figured that one or the other would sell and then I'd take down the other listing--may the fastest purple button lover win.  But then one person bought the variety pack and another person bought the single set at the exact same time.

And (for those of you who can count to 3 and are thinking I forgot about the other order by now) the other mystery order came from one of my friends from church who had been e-mailing me her orders.  I let my local customers just buy straight from me sometimes so they don't have to pay for shipping.

So, long story short long, I ended up needing to make some more purple buttons this evening.  When I did I ended up making 4 sets instead of just the 2 more I needed to make, so now the 2 extras are listed in the shop.  (Right HERE.)  So if you've been itching to get your hands on some of this hot item of the day, now you can.  UPDATE: They're gone!  Thanks!  :)

Anyway, now I'm spending the rest of the evening mounting buttons and packaging them up.  My plan is to get them all ready and send them out on Saturday.  So if you want to make things really convenient for me and save the planet (by making me not drive to the post office over and over again) you can buy things tonight and tomorrow.  That'd be rad.

P.S. Did you know that I do all of the holes on (all of) the buttons free-hand?  Are you so impressed?  Because maybe a little bit you should be.
Posted by Katie Lewis at 10:21 PM

They are so very good. Well done

They are so very good. Well done

That's kind of funny that in order to close out all the handmade items you had to make more items. :)