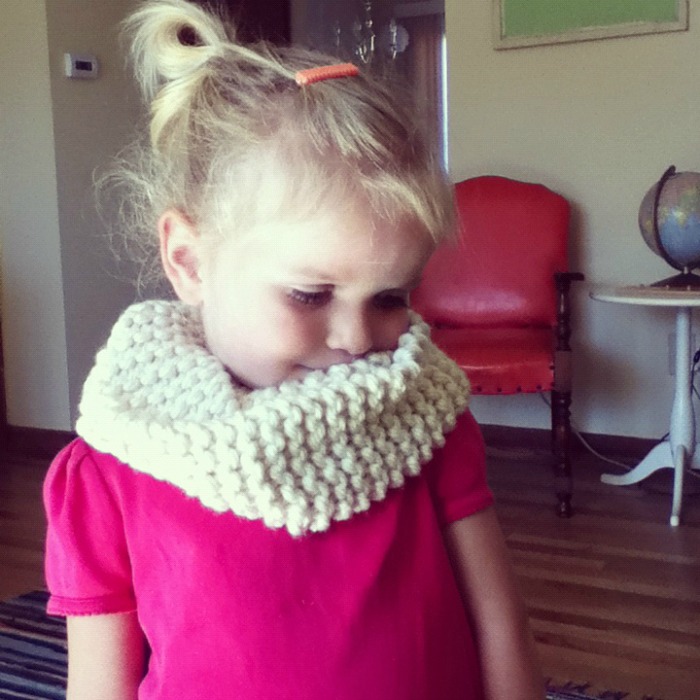 Whew! Being a "real" blogger again these past few days has reminded me how much work it takes to put together really good, fun post! Truth be told, I have been absolutely loving it. It's been so fun having a specific project to work on, having the sweetest (although often unwilling) little model to photograph, and then trying my hand at some new photography and editing skills. These past few days of creating and sharing things for the KCWC has been both exhilarating and enlightening!

And, I just have to say, even if it is a little corny of me, THANK YOU so much for all of your kind feedback! You have no idea how much fun it has been for me to read all of your kind words (and funny project chopping stories) these past few days. Working on my book for the past several months has been so rewarding and so much of a growth period for me in its own way, but in many ways it is so different from blogging. That's nice, I think, but, for someone who really loves blogging, it's hard too.

It's hard sometimes to put so much work and so much of my heart into all these projects that, for now, will never see the light of day. Bryan comes home exhausted from school and hours of studying and when he asks what I did that day and I bubble over with pride and show him the project I was working on that day, well, he's impressed, but he's used to me. And he doesn't really get appropriately excited about the simplicity of good construction methods or a really cute little pocket or the fact that my fabric choices are excellent. Bryan is a wonderful husband, but not a very good sewing buddy and girl pal. Thank goodness, right? Haha! But it sure does make me miss you guys and your positive, excited feedback!

So, for this girl who has been spending too much time on her own, holed up in the basement starring at the needle on her sewing machine going up and down for the past several months and not enough time out with other human beings, it has been a nice little vacation indeed to get to poke back in here and share some of the actual, real, current projects I've been working on. So, really, THANK YOU for popping in and saying hello and telling me that you love those puckered sleeves and fake fly fronts and all the other tiny little silly things that Bryan and Olivia could care less about. You make my day. And you make this crazy sewing business a total blast. 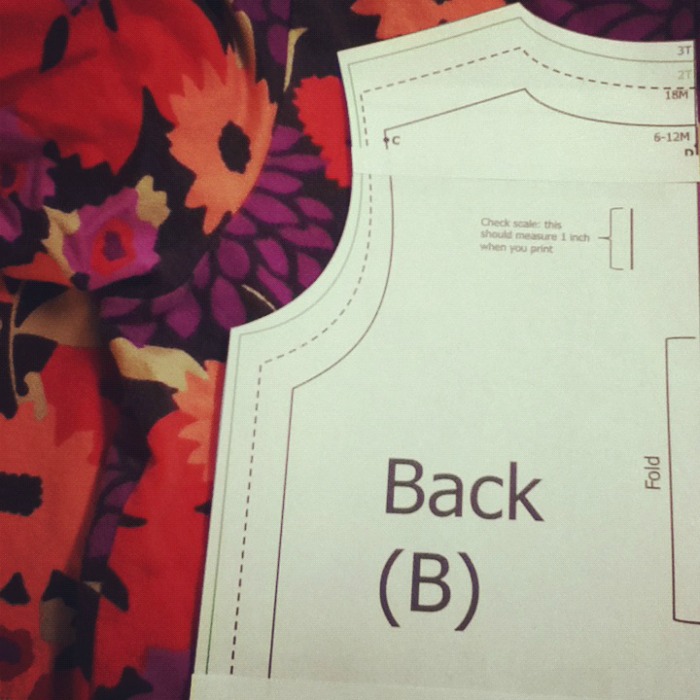 For day 4 I stayed up nice and late finishing this really fun little zip-up hoodie. It's made from one of my old hoodies (which my roommate passed on to me years ago). I always loved the jacket, but it's just kind of short on me, so a few years ago I retired it from my wardrobe and added it to the stack of re-fashion stuff. I've wanted to make it into a jacket for Olivia for a long time, but I had been putting it off for two reasons. First of all, I hadn't been able to think through how I was going to do that exactly. And, second of all, I wanted to wait until she was old enough that she wouldn't grow out of it in just a couple months.

We had multiple photo shoots together taking pictures of this jacket today, but a certain someone wasn't really into it. It's like she's tired of having a camera shoved in her face (and at her shoes and shoulders). Like she's been dealing with it all week. Like she's 3 years old and she doesn't care. Harumpf.

So, instead, for now I decided to call a truce and just share a couple of Instagram pictures. (I'm @theredkitchenkatie if you want to follow along!) Perhaps later I'll be able to find a couple of gems from my many attempts at getting better pictures of this, but for now, ta-da! Look at this great jacket I made!

I used the Recycled T-shirt Hoodie Pattern from Lil Blue Boo as my basic guide, but I skipped a lot of steps and changed some things. I've made hoodies from this pattern before and I really like it. It's simple and easy to follow. Ashley explains everything really well and there are plenty of pictures to guide you along. I highly recommend it!

The reason I varied so much from her directions this time is because the existing sweatshirt (i.e. when it was big enough to fit me) had a zipper down the front and I wanted to retain that element. Partly because it's so cute and partly because it is so much easier putting zip-up sweatshirts on little girls after you've already done their hair! I also really liked the existing ribbing around the hood, sleeves, and the bottom of the sweatshirt, so I left those alone too. Basically that meant that I got to skip a lot of steps adding ribbing around all of those places.

As for dealing with the zipper, I just cut out 2 halves of the front piece instead of cutting one front piece on the fold... and it worked!

The hood was tricky because I didn't want to cut off the ribbing, but as-is, the hood was too big. So I basically just cut it out as-is (too big), did a row of gathers across the bottom (about 1/4" in) just like when making puffed sleeves, and then I gathered it in in the back until it fit. Hurrah! There's no way you can tell in this photo, but the gathers at the back of the hood are really cute. It's one of my favorite details about this little hoodie.

I could say a few more things about this, but they really wouldn't make sense without more detailed pictures, so, that's it!

Oh! Except I should say that I ended up taking the jacket in by about 8 inches total (4" on each side) so it would actually fit this skinny girl. I've been realizing more and more this week that the key to making clothes look really flattering on her is to take them in by a few inches. She was just not made for wide clothes. Lucky Lala!

And, finally, for day 5 (today!) I made this really cozy little cowl scarf for Olivia. :) It makes me happy just to look at this picture. Isn't she sweet? 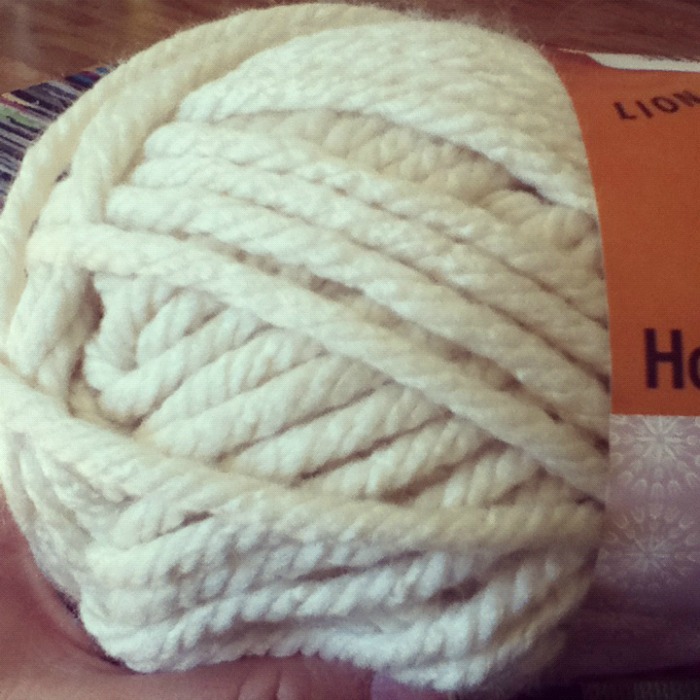 I started with this great, thick, soft yarn (only a little over $2 when I bought it with my 40% off coupon at Joann's!). I used some big chunky knitting needles, made about 7 stitches, and then made a nice big long straight scarf. I can't even read knitting patterns, let alone write one, so don't be looking forward to that coming anytime soon (read: ever). But it was so easy! I just knit the big long straight scarf and then used a crochet hook to connect the two ends together. That's it! 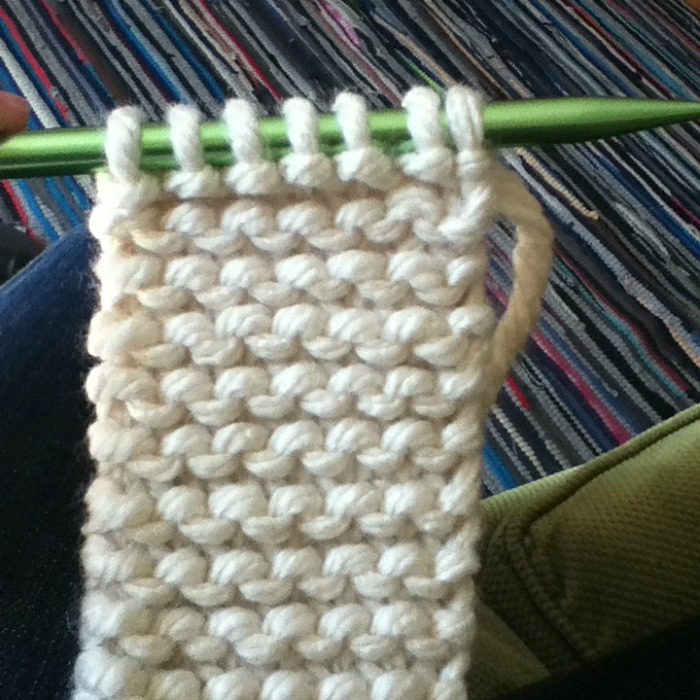 Olivia gets really cold outside (probably because she's so skinny and tiny), so I wanted to make sure this scarf was nice and cozy without being too much in her face. So I made the loop long enough to be twisted around twice (just like this scarf) and then I just put it on her like that. So easy! And I love that it's fun and trendy, but what I love even more is that it doesn't fall off of her or get untied or frustrate her with tassels getting in her face.

As I was knitting it this afternoon she kept checking in with me. "It's a scarf for ME?! Is it weady yet?!" She was pretty excited to try it out when it was finally finished. Major win!

So, hopefully/maybe someday I'll be able to share more fun pictures of these projects, but for now this is as good as it gets. It's just been one of those days. But hooray for making fun, cozy things and hooray for KCWC! Hmm... wonder what I'll make tomorrow?


P.S. Random fact of the day: Olivia got to hold a chicken at preschool today. She said the chicken's name was Taco.

P.P.S. Don't forget to snatch up the Undies Pattern while it's half off! :)

Oh, man. These are really cute. And when I clicked on your link to the old circle scarf post, I could not believe how tiny Lala looked in the earlier post. Way to grow, Lala! Maybe you can get more photos of her by taking pics of her taking pics of lizards and other things? Haha. Good for you to know her limits and let well enough alone. Darling hoody, darling scarf, darling little girl. Oh, and darling YOU.

I love the print on that hoodie! I'm in Georgia this week, spending time with Alan while he's at some Army training and all of your posts are making me miss my sewing machine. I can't wait to get home and start making some long-sleeve shirts for Karl. He really needs some this winter. Thanks for sharing!

You did a great job with both of them. I especially like the hoodie.

So funny...when I started scrolling down I totally recognized that fabric! Always loved it but the hoodie just never fit like I wanted :( Glad Olivia could use it!!

Super cute! Love the hoodie! You did a great job with that! :)