The Good Life (a.k.a. Christmas Vacation) 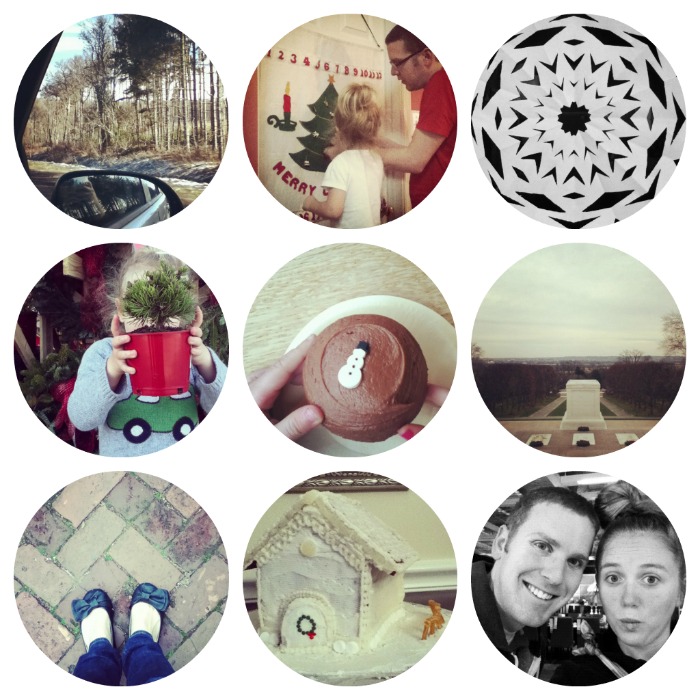 As you might have guessed, we've been away on vacation and too busy having fun and being lazy to do important things like blogging or cleaning or showering. Okay, okay, so we have been taking showers. And we probably end up cleaning, like, everyday because with this many people in the house you just have to. But we've still been doing a lot of being lazy and busy. And, boy, has it been good. 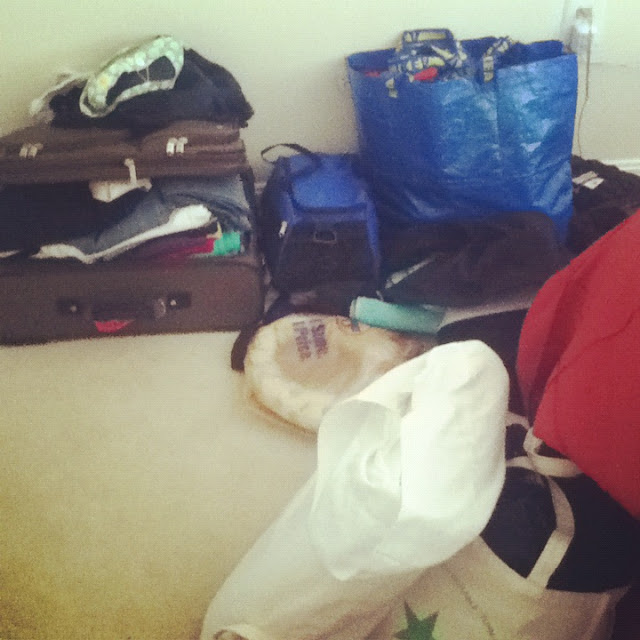 I brought all this stuff with me to work on. Exercise stuff for exercising. Book stuff for book writing. Reading material for reading. And I am rather pleased to say that I have done almost none of what I planned to do to be productive. I did manage to read the book for next month's book group before everybody else showed up. And I've exercised a few times. But I haven't done anything truly productive in weeks and it has kind of been amazing. There have been a few times in the past few weeks when I've just craved a good project to work on, but for the most part I have been basking in the laziness that isn't even an option except when we're away on vacation with family. And especially since Bryan's siblings are growing up and we don't live near any of them anymore, we've been thoroughly enjoying this time to soak it all in and enjoy our time together. And speaking of spending time together, let me just say that it has also been rather luxurious to spend fun time with Bryan every single day and not have to bid him farewell for several hours a day while he goes off to school or study time or both. Ahh, to have a husband at home. It's quite nice. 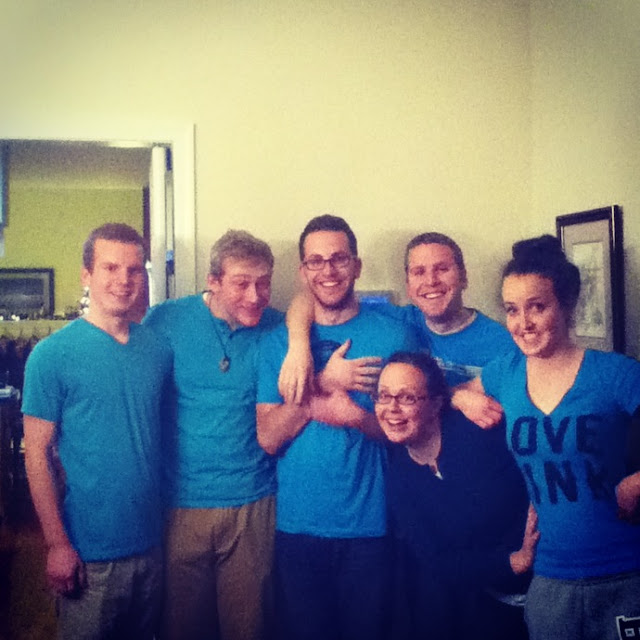 If you've been following me on Instagram (@theredkitchenkatie) then you've probably seen all of the yellowish pictures of all of the #lewisfamilyfuntimes that have been going on around here. The lighting may be terrible*, but the company is anything but. We've had trips to Sprinkles cupcakes (SO GOOD!), days when Bryan and all of his siblings were unintentionally matchy-matchy, lots of Sherlock watching, lots of reading stories and playing with the two little ones, and enough sugar and sweets to feed all of the starving children in China and then some. In other words, life has been grand. 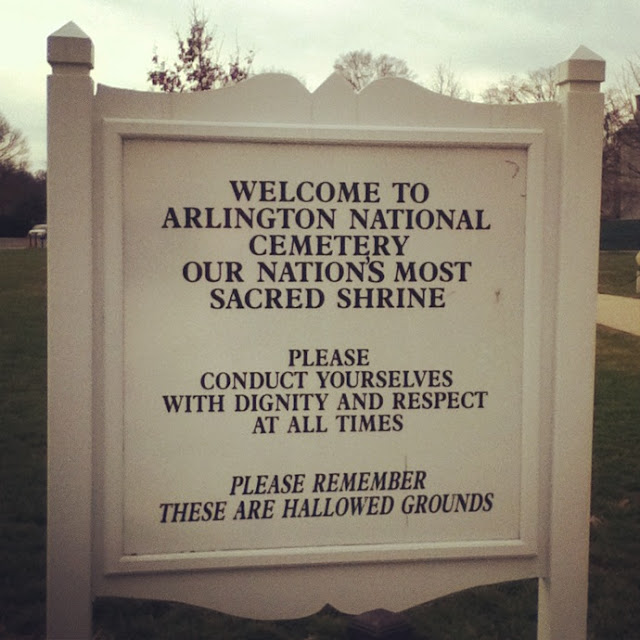 The same day that we went to Sprinkles we also visited the Arlington National Cemetery. Bryan's been wanting to go for years, but it never seemed to fit in the schedule before. It always seemed too hot to go on our summer trips and too cold in the winter. But last week we had a nice day that wasn't too cold, so a bunch of us piled in the family van and made the trek out there. I don't know what I was expecting, but I was surprised by how solemn and hallowed and endless it was. I kept looking at the rows upon rows of perfectly-aligned headstones and thinking that, not only does each one represent a person who died, and not only a soldier or American hero, but someone's whole life. I thought about all the wives whose worlds must have collapsed and then tragically gone on after the death of a young husband. I thought about children without fathers. I thought about parents who lost sons and daughters. I thought about the doctors and teachers and construction workers and college students who might have been if their lives hadn't ended in wars. I thought of all the family memories and jokes and stories that might be told every Christmas if only they had had a chance to happen. To think of a life taken is horrible and sad. To think of a life given is both tragic and touching all at once. I gave them the honor of thinking what happy memories there might have been if they had stayed a little longer. 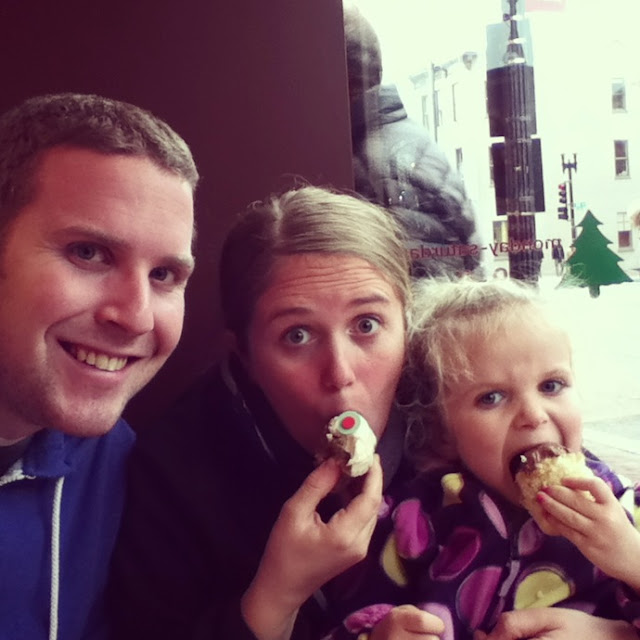 I've also been thinking a lot about family. In a lot of different ways. The dynamics of our own little family of three. The differences between Bryan's family and my own. How and where I fit into those families now that I'm a wife and a mother. And how things are, in many ways, so different from the first Christmas Bryan and I spent here with his family after we were married. Some things will always feel so different from my childhood home, but time and lots of visits over the past five years have made me more relaxed. I know what the traditions are here. I don't really notice when everybody talks about Germany anymore. I get the jokes. It's also been fun to have another in-law around this year (though I still miss my sister-in-law a lot--wish you were here, Anna!) and get to meet and play with our new nephew who is the cutest, softest little baby. 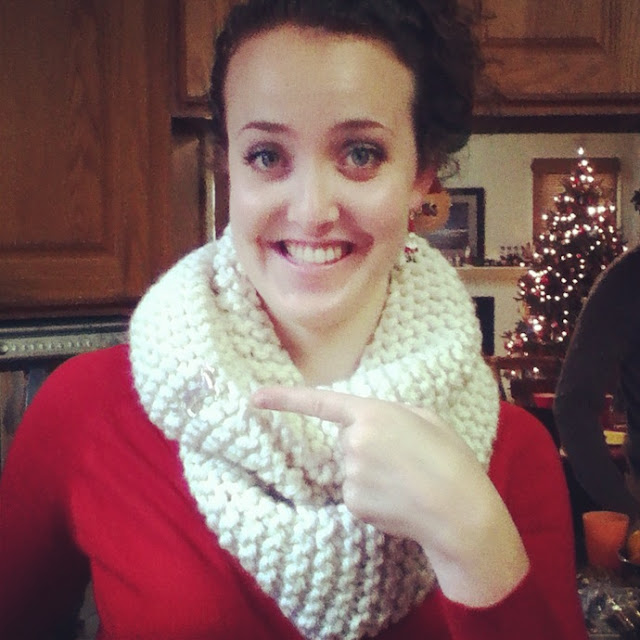 And, just for the record, Christmas yesterday was wonderful. We made so many gifts that I was excited to watch everyone open and it was really a treat to see them being enjoyed all day yesterday. (Above is Bryan's little sister wearing the infinity scarf I knit for her plus the rad unicorn pin we gave her (which I scored for $1.50 at the thrift store).) Among other things, Bryan drew/painted portraits of himself and all of his siblings which made his mom cry when she and his dad opened it, I made a ballerina dolly for Olivia that matched some fun new ballet dress-up clothes that I bought/made for her, and I made a Lewis Family Trivial Pursuit game which we had a blast playing last night. I was also very spoiled with wonderful gifts from so many others. 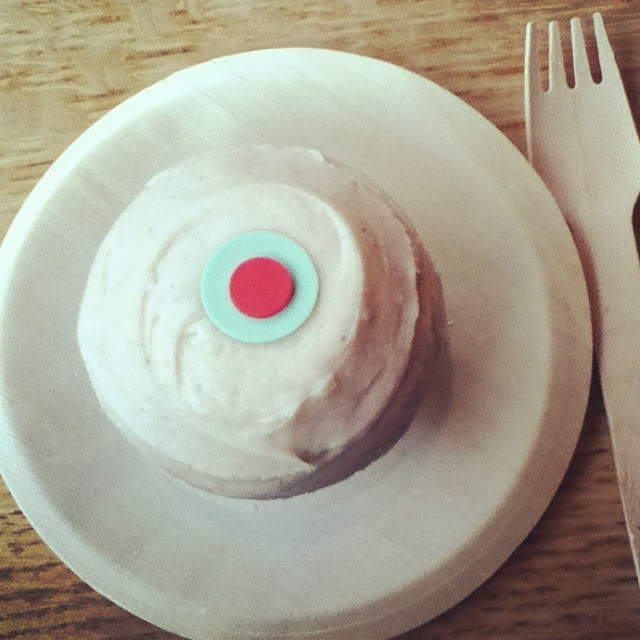 Life on vacation has been nothing but sweet! I hope yours has been the same!


*Because I am too lazy to open blinds or go outside (it's cold!) or re-position people (including myself) in order to get a pretty picture. Whatevs.
Posted by Katie Lewis at 10:51 AM

Awesome, awesome. Thank you for sharing the impact of Arlington. I have not been there yet, but I can imagine that. And the joyfulness of family. And oh, I can relate to the lack of posts while one is on vacation...maybe I'll get around to posting today...and maybe not...