Rich and Famous and The Gender of Our Baby 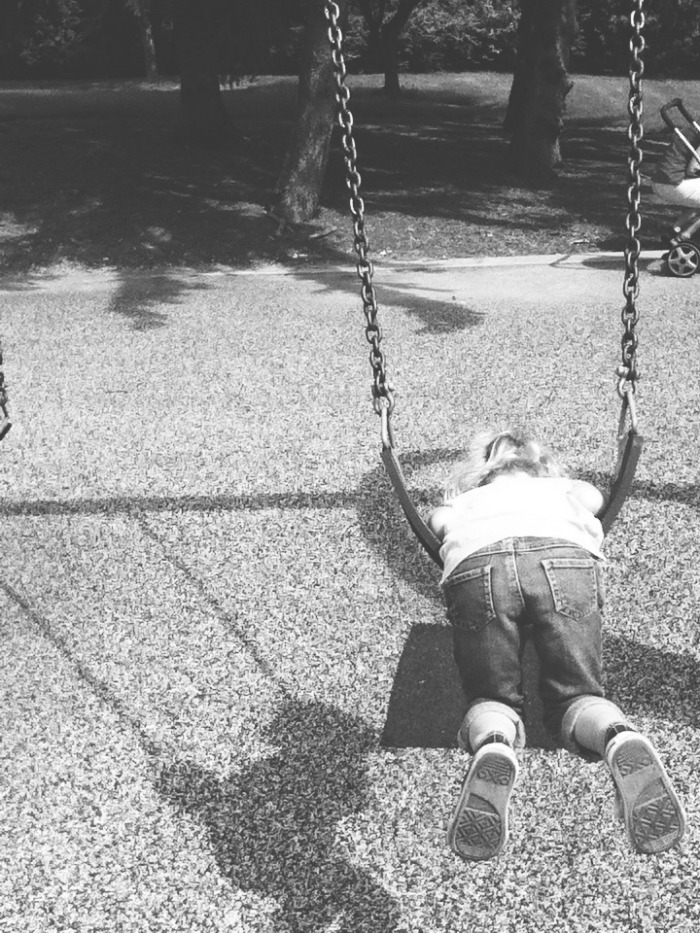 "I wish everybody could get rich and famous and have everything they ever dreamed of so they would know that's not the answer." -Jim Carrey

Someone shared that quote today in a talk at church and I loved it so much. Ever since Bryan and I sold most of our earthly possessions and moved across the country a little over two years ago, we've been focusing a lot on getting more out of life by living with less. It's something we talk about a lot.

Another of my favorite quotes shared at church today was from President Monson's recent General Conference talk where he counseled, "plan your life with purpose [...] regardless of your age." Life planning is also something we talk about a lot. Bryan has two more years of optometry school left, which means we have two more years to figure out where we might want to live after graduation. We still have no idea, but I think there's a lot of value in the conversations we have about what kind of weather we prefer, how close we want to live to Bryan's work and our kids' schools and the grocery store, how we want to save our money to pay off our student loans and start saving for a home and college and mission funds. What state (or, for that matter, what end of the country) we'll live in five years from now is a total mystery to me right now. But I feel like all of our conversations about the future are comforting in a different way. We're on the same page, we're planning for a happy, meaningful life together as a couple and as a family. And that is something I'm really deeply grateful for.

Anyway, I really meant for this to be more of a weekly update about what's going on in our lives, so on to that... 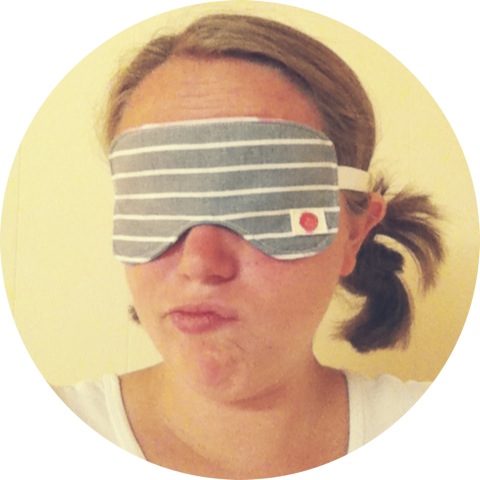 My root canal seems to be healing up nicely. The bummer news is that I'm going to have to go back in to get a crown on that tooth sometime in the coming weeks. And possibly get more fillings too. I love having teeth, but I hate them so much. Bryan and I are praying that our children get his teeth and my eyes. If it's the other way around these kids are going to be so expensive. At least Bryan's an optometrist...

P.S. More below about how the craft show stuff is coming, but, pssst! there will be lots of these lovely sleep masks available for sale. Just sayin'... 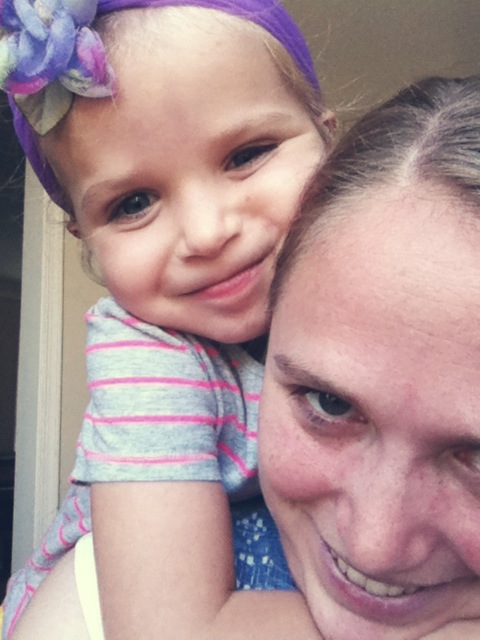 Olivia's birthday is fast approaching (meaning, ya know, it's next month), so today we finally succumbed to her birthday planning wishes and actually sat down and talked with her about her upcoming birthday party. She's finally settled on a dinosaur theme, which means we'll make a cake with green frosting and stick some dinosaurs on top. For better or worse, she's inherited her mother's issues with not wanting anyone to feel left out, so we had to prune back her guest list. I think if she were allowed she would have invited every child on the planet. Instead we're settling on every child in the neighborhood. It's going to be a lot of green frosted cake. But in all reality, I'd much rather make two or three cakes and invite the whole neighborhood over than have 5-10 kids in my house running wild without their parents. I'm totally not that mom yet. Maybe when the kids on the guest list are old enough to eat cake and ice cream and use the bathroom unassisted we'll reconsider.

In other Olivia news, she has been liking me a lot more lately, which is nice. Perhaps this has something to do with me not being sick on the couch all the time. Or perhaps she's just finally coming to realize what an awesome mom I am. Whatever it is, I'm glad we're getting along better these days. 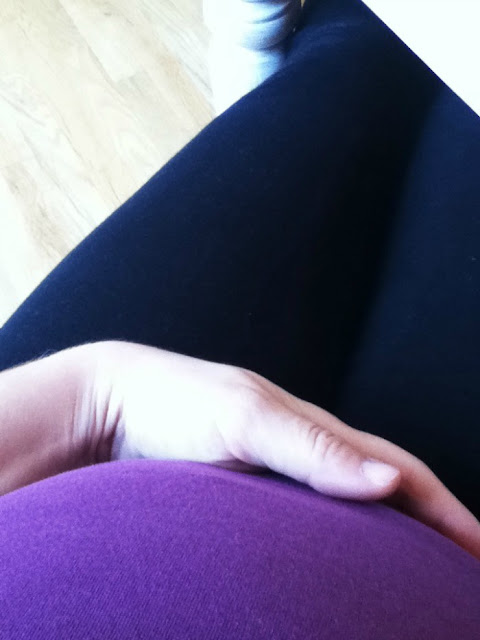 As for our second child, I have some exciting news:

Woot woot! We're very excited. :) I meant to have this be its own post, but I kept forgetting. Whoops. That's what happens when you post the news on Instagram and Facebook first. Anyway, if you're sitting there doing the math, you may be realizing that this is quite a bit sooner than we expected to find out the gender of our baby. Here's what happened:

I didn't like my previous doctor (or that whole office, really) because they just handled so many things poorly, so I switched to a new doctor that came very highly recommended by a friend of mine. I went in for my first appointment with the new doctor a few weeks ago, when I was 15 weeks pregnant. I had already had a couple of ultrasounds with my previous doctor, but the new office said they wanted to do another one just to have one on their records. And like I was going to say no to another peek at my baby. :)

I went in to have the ultrasound done and the ultrasound tech guy checked everything and said the baby was looking great. Yay! I said what every annoying pregnant woman says to the ultrasound tech guy and asked, "Aaaand, it's too early to tell if it's a boy or a girl, right?" He said that, yeah, it probably was, but he didn't mind checking. He looked around for a few minutes and finally pointed at the baby on the screen and said, "Well, this is a hand. And this is not a hand... This is definitely a boy." :) The number of euphemisms he had for it being a boy cracked me up. Or maybe I was just so giddy that we're having a boy like we had not-so-secretly been hoping for. :)

Bryan was busy taking his last final of the semester while I was at that appointment, so when Olivia and I picked up him from school later I showed him the ultrasound pictures and surprised him with the news when he got to the last few pictures on the roll where the ultrasound tech had printed "BOY" right across the picture. :) Bryan was possibly even more excited than I was. Though maybe not so excited that I finally had an excuse to start buying baby clothes. Heh heh... 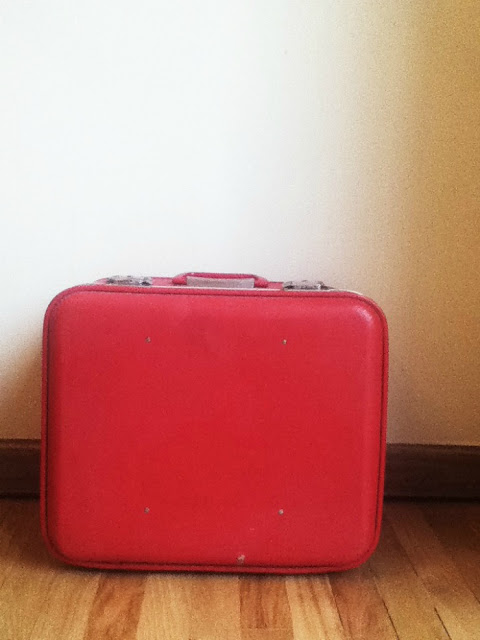 In other news, I'm also still working away preparing things for the upcoming craft shows I'll be selling at this fall and winter. I've always been leery of making specific goals about what quantity of things to make ahead of time and how much money I hope to earn doing my little creative things, but this time I'm trying something new and actually planning ahead.

So far it's been really helpful to have a little goal sheet for each of the things I'm planning to make and sell. It's especially been helpful since I'm making such a wide variety of items for the show and having a list in writing (and not just in my head) helps me know when to stop working on one thing and start on something else. I've even been able to check a few things off my list and that feels really good.

I've also been putting a lot of thought into how I want to display my wares at the show(s). I think there's a lot to be said for putting forth a little extra effort and doing what you can to stand out and look as professional and put together as you can. So I've been pulling things together (both physically and mentally) to try and put together a great looking booth for as close to $0 as I can get and I think I've got a really good plan. A plan which may or may not include the adorable vintage red suitcase (above) which I scored at the thrift store a couple weeks ago. Now to see if I can con someone with a van into helping me transport some things and having it all look as good in person as it does in my head. I might need to do a trial run setting up the booth here at home sometime next month to see how it all goes. I bet Bryan is going to love that. :)

Well, I think that's all for now. Hopefully I'll be back in the next couple of days with the 20% off code for my book that you all earned by helping me totally win that Facebook contest. I talked to my publicist a couple of days ago and he said they're just waiting to get the cover photo of the book up and then the discount code will be available and I'll be able to pass that on to all of you. THANK YOU again for all of your support in that! You guys are the absolute best. :)

Have a great week! I'll be back very soon!

Wahoo!!!! We love little boys! :) Congrats! We are so excited for you guys...it seems like life is treating you well!

Congratulations! We found out at 15 weeks too. I LOVE technology!

We are hoping for the exact same thing with our kids - hubby's teeth & my eyes. I have terrible teeth - just awful! It's still too early to tell, but they do both have my eye color - so thats a step in the right direction - I hope!

I love talking about the future with my hubby too. We are at a big decision point so it's getting a little more stressful, but it's so fun to dream of alllll the possibilities!

Yay for little boys!! And especially big sisters who get little brothers!

Congratulations! Boys are their own little people for sure. Four of my 6 are boys, I figure God has a great sense of humor. Enjoy preparing for him!